Co-founder, member and leader of the Mighty Mutanimals
Member of the Earth Protection Force

Slash is a mutated snapping turtle from the Teenage Mutant Ninja Turtle franchise. He appeared in the 1987 and 2012 cartoons and the Archie and IDW comics and was antagonistic towards the Turtles in all four incarnations.

Like many turtle villains he was altered from cartoon to comic, in both cartoons he is a mutated animal while in the Archie comics he is actually an alien who just happens to resemble an anthropomorphic turtle.He later turns into a good guy and later joins the Mighty mutanimals as a honorary member before sacrficing himself.

In the IDW comic book, the character started out as an uncontrollable antagonist due to his transformation being incomplete because of a missing ingredient and was presumed dead after Leonardo struck what seemed like a lethal blow against him during their first encounter. However, he was found alive by Old Hob and teamed up with him, even forming a friendship with Michelangelo. Later, his transformation was completed and he became much more intelligent, although equally friendly.

After a fallout with the Mutanimals, however, he went off to live alone which led to him being captured by Bishop and brainwashed, turning him into a living weapon.He was later used as a bomb by Bishop after he escapes and later he sacrifices himself.

Despite his death, Bishop had Slash cloned and the mindless clones now serve the Earth Protection Forces under the control of both Bishop and Hun.

Slash also appears in the 1987 series as a recurring villain and in it he started off as Rocksteady's pet until his Mutation. 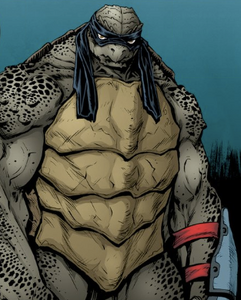 Slash in the IDW comics. 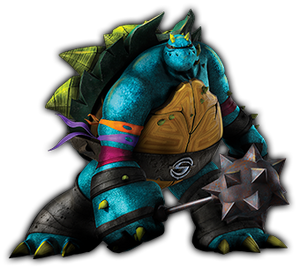 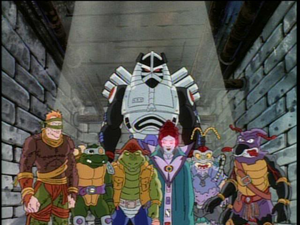 As part of the rogues.