Slice Quirk (grants her prehensile hair which she can sharpen, use as blades and fire sharp needles)

Create a new world where the strong rule over the weak (failed).

Help Nine acquire a quirk that will rejuvenate his body (failed).

Hegemonic Social Darwinist
Kiruka Hasaki, also known as Slice, is one of the two secondary antagonists (alongside Chimera) of the 2019 Japanese superhero anime film My Hero Academia: Heroes Rising and its upcoming 2021 manga adaptation of the same name.

Slice was voiced by Mio Imada in Japanese and Lydia Mackay in the English version, with the latter also voicing Kuroka in High School DxD.

Slice had shown to be a ruthless woman who was willing to harm, endanger and even kill citizens on Nabu Island while using her Quirk to cause widespread damage. Her cruelty also extended to teenage heroes-in-training and children, as Slice was not hesitant in engaging Fumikage Tokoyami and Mina Ashido in combat, while also managing to severely wound the latter. Slice had shown to be confident in herself and her fighting abilities whilst taunting Tokoyami in battle.

Despite this, Slice does show to care for her allies, and had shown concern for Nine when the villain was suffering from the brutal after-effects of his Weather Manipulation Quirk. Similar to her comrades, she wishes for a new world where the strong rule above the weak as a result of being ostracized from society.

Slice was born into a superhuman society with a potent quirk that allowed her to manipulate and harden her own hair, as well as fire off strands of it in the form of destructive needles. While her past is mostly unknown, she is seen in one shot resting in a trashed apartment room. Due to the power of her Quirk, she felt ostracized by society who labelled people such as her villains and monsters. She was eventually recruited by a villain called Nine, who sought to create a world where the strong ruled above the weak, a sentiment that Slice agreed with. 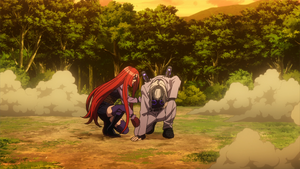 Slice worried over her leader's condition. 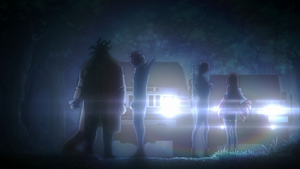 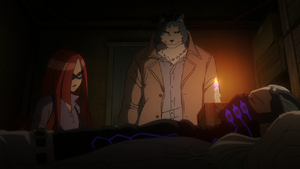 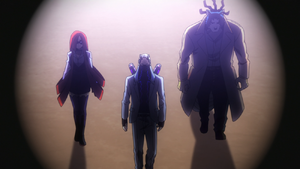 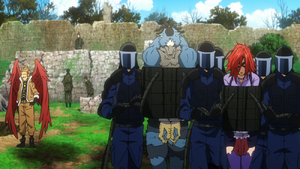