Grasping onto sides of mountains

Consume everything in its path.

Voracious Predator
The Slide-Rock Bolter is a monstrous creature that was reported to have existed by lumberjacks during the 19th and early 20th century. While there are no new sightings of this creature, many believe that it still exists, but that it evolved into a more rock-like form in order to evade any threats to its life.

The Slide-Rock Bolter was attributed to have been responsible for the many disappearances of tourists over the years. Its method of hunting was also blamed to have destroyed the mining town of Rico. According to legend, a forest ranger, whose district was between the Ophir Peaks and the Lizard Head, vowed to destroy the dangerous beast. Formulating a plan, the ranger uses a dummy as bait. Inside of the dummy was powder and fulminate caps. The ranger then situated the dummy, and waited for the Slide-Rock Bolter to take the bait. Sure enough, the monster falls for the bait, resulting in a massive explosion that leveled half of the buildings in Rico, making them irreplacable.

As mentioned, there are no recent sightings of the Slide-Rock Bolter. Many believe that this beast still thrives in the mountains of Colorado either by being buried into the mountains, or being forced to evolve in order to evade any threats as well as to make hunting more efficient. 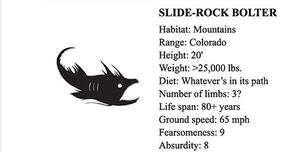 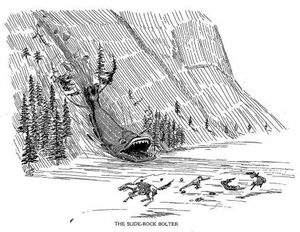 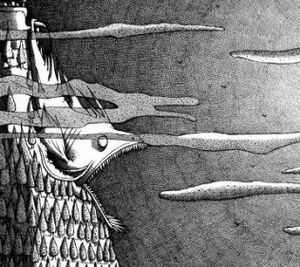 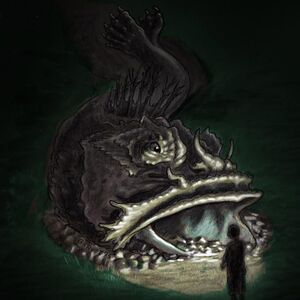 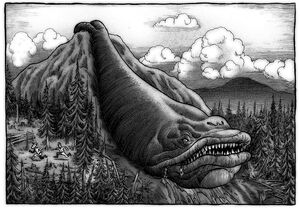 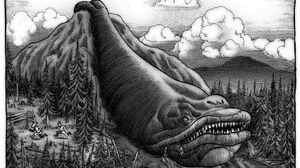