Unknown, possibly to devour all life.

Slivers are a race of dangerous alien-like creatures from Magic: the Gathering. These creatures live in hives made by the strongest of their species. A single sliver can be a nuisance to deal with because each sliver has an ability that makes itself stronger. A group of slivers is nearly impossible to defeat due to the fact that slivers transfer their abilities between each other, making them even more deadly. In terms of appearance, Rathian and Dominarian slivers (for the most part) look like a snake with a beak, spikes on their heads, and a claw. Shandalarian slivers are more humanoid in appearance with arms, legs, hair-like fibers, and tentacles instead of claws. They uses these appendages to slaughter their prey and drain them of their energy.

The Slivers of Rath weren't natives of the plane. They originally came from an unknown plane in which they were the dominate predators. Once the phyrexians came to this world, they captured many of them and took them to Rath. The Evincar of Rath, Volrath, saw the potential in the Slivers and used them to his advantage. Creating a sound wave that mimics the noise of the Sliver Queen, Volrath unleashed the slivers upon the Weatherlight crew. Fortunately for them, they were prepared for this encounter and managed to release Volrath's control of the slivers. Later on, Volrath hid very powerful artifacts inside the sliver hive, needing the automaton Karn to retrieve it. Once he reached the center of the hive, he was introduced to the Sliver Queen. The queen asked Karn why she should let him get the artifacts and live and Karn replies that the weapons are apart of him like the slivers are to her. After this revelation, the Sliver Queen let Karn take the artifacts and leave. In the future, there was an artifact found called a hivestone that the Evincars used to control them.

Unfortunatley for the slivers, their kindness was not rewarded. When Rath was overlayed across Dominaria, the sliver hive was placed in the Urborg Volcano, ending their race. 100 years later, an organization of wizards named the Riptide Project set out to revive numerous species that species that were extinct on Dominaria, including the slivers. Using fossils, the Riptide Project managed to resurrect a great number of slivers. But, they forgot to revive the queen, so the slivers they did bring back were left without a leader. What followed was a mass of murderous slivers killing everyone in the Riptide Project and escaping to devour the living organisms of Dominaria. Due to the Mirari expelling waves across the plane, the slivers interpreted it as the call of their queen and moved to the mainland. They arrived at the Sanctum and most were caught in a massive explosion, killing them again. The ones that lived fused together to become the Sliver Overlord.

During the events of the Time Spiral block, the existing slivers and other slivers that were brought from different time periods came together to cause chaos. Due to the time rifts, the slivers were mutated and gained powers based on beings from other time periods. They were trying to find their queen, who is still dead. A few Planeswalkers like Freyalise and Lord Windgrace managed to control the slivers to battle against time shifted foes until the enemies and the two walkers died.

The slivers on Shandalar have made a nest at the Eastern Sea called the "Skep". Since their biology is different compared the slivers on Rath and Dominaria, they have different lifestyles. Instead of tearing prey with a single claw or a beak, these slivers have tentacles and hands with claws or scythes on them. Instead of slithering, they have legs so they can walk. Instead of having no plating (for the most part), these slivers are covered in plates that glisten and slide like metal. There are two kinds of slivers on this plane. There are those that look like the slivers on Rath and Dominaria, and then are the more seintient and human-like slivers. Their leader is the Sliver Hivelord, which is 20 times the size of a human. 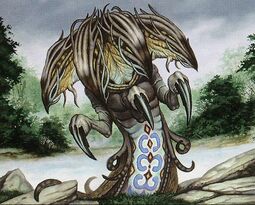 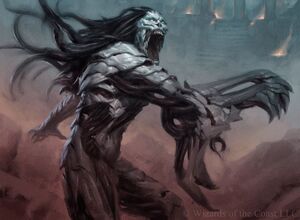 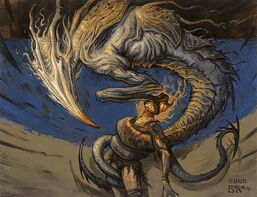 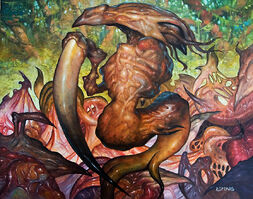 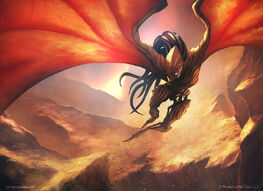 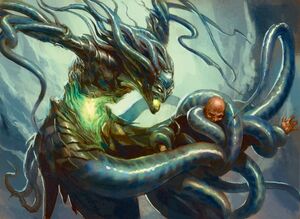 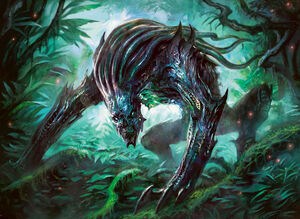 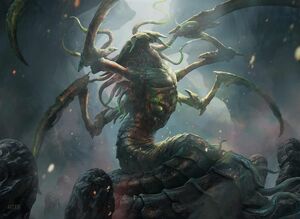 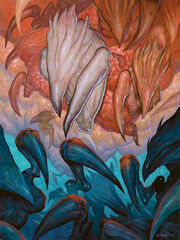 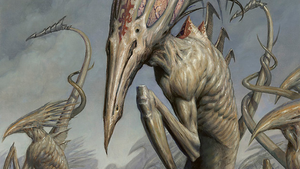 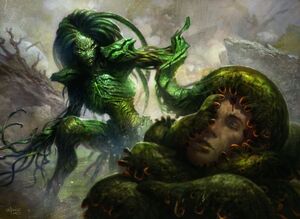 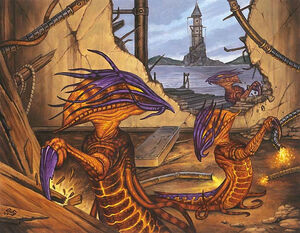 Add a photo to this gallery
Retrieved from "https://villains.fandom.com/wiki/Slivers?oldid=3891927"
Community content is available under CC-BY-SA unless otherwise noted.