Acting as the mother-figure towards Wrath.

Manipulative Incriminator
Sloth (formerly known as Trisha Elric) is a major antagonist from the 2003 anime adaptaion of Fullmetal Alchemist. She was created when the Elric brothers failed to transmute their late mother Trisha Elric back to life.

She was voiced by Lydia Mackay.

Sloth first appears in the 2003 anime as Juliet Douglas, the secretary of King Bradley in the military. Shortly after their encounter with Scar when Alphonse noted that he heard their mother's voice as she escorts Dr. Marcoh into military custody (which would lead to him being killed and eaten by Gluttony. She also led Maes Hughes to allegedly meet up with Marcoh, setting him up to be attacked by Lust. In addition, she was also behind the mercenaries that, with Barry the Chopper, attacked the Ishbalan refugees (with her killing the head mercenary by drowning him when he threatened to expose her). It was shown that she was found and recruited by Dante who fed her red stones and positioned her in the military as Juliet Douglas under Pride. She morphs her body into a watery form and demonstrates mild shape-shifting abilities based on changing her hair and eye color and her clothes (which appear to be a part of her form).

She becomes a mother figure to Wrath during the course of the episode and works alongside him on missions given by Dante. The two appear together when Edward leads the Liore residents through the tunnels to escape in time of Scar's creation of a Philosopher's Stone. She briefly causes Edward to freeze in place at the sight of what appears to be his mother, although he snaps out of it. She also uses this on Hohenheim to immobilize him long enough for Dante to send him through the gate.

In her final encounter with the Elrics, Sloth collects Alphonse from Shou Tucker after the chimera attempted to use the Philosopher's Stone within Alphonse to revive Nina while mocking him for his failure. She then tries to murder the brothers, briefly assuming influence over Alphonse by appealing to him with the memories of their mother. Sloth herself tells them that she realizes that she isn't Trisha Elric despite her memories of it all and that she can only be free by killing them. In a frantic attempt to save her, Wrath fuses into her body. Unfortunately for him, Wrath was carrying Trisha's remains and thus, Sloth is immobilized. Edward then transforms her body into ethanol, causing her to dissolve into nothingness. Before perishing, she tells them to clean up after themselves, perhaps as a mother might.

Envy later used her form, as a means to taunt Edward in the penultimate episode.

Unlike her lazier manga counterpart, this Sloth is rather apathetic (another meaning to the sin of Sloth). In spite of this, Sloth acted as a mother-figure towards the young homunculus Wrath. She also suffers from the despair of her previous memories as Trisha Elric and her relation to Ed and Al (again another meaning of the sin). Because of this, she resolved to kill them to free herself from her torment rather than find out whether then find out the truth. Sloth is the calmest out of all of the homunculi, rarely getting worked up and is generally unconcerned towards the lives of others besides herself. In her Juliet Douglas persona, she can be seen as snide and patronizing.

During her last moments before she dissolved, she calmly tells her son to clean up after themselves (it's unclear if it was a genuine statement or a mocking gesture).

Sloth has the ability to alter her body into pure water, allowing for espionage and fast transportation (even in bodies of water), she can also ensnare or envelop her enemies, causing the to drown. Interestingly, it's really hard to tell if she's really taking damage when in her aquatic form. She attacks are rather somewhat ranged, and doesn't need to be too close up towards her enemies, fitting considering the sin she represents If frozen, she can thaw out by generating her own heat. Because of her unique ability, Ed had to convert her body into ethanol to destroy her permanently. 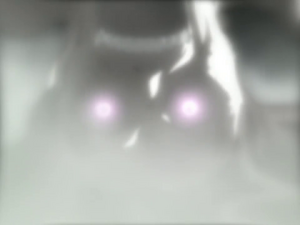 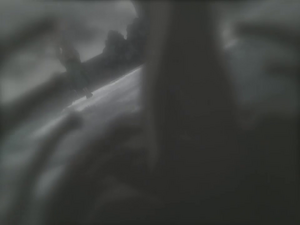 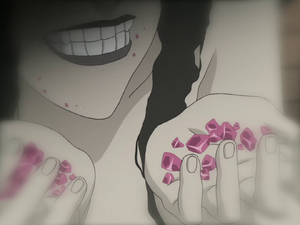 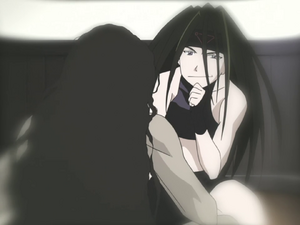 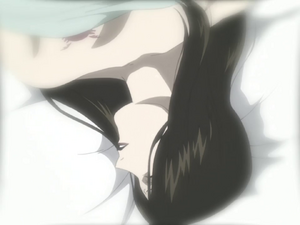 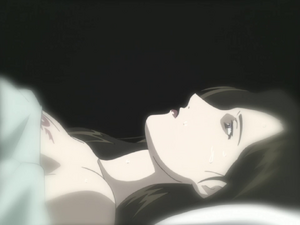 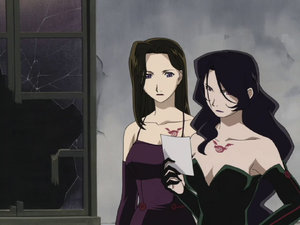 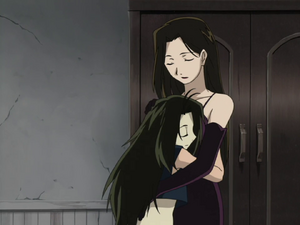 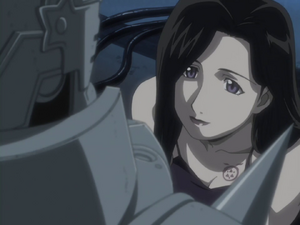 Sloth smiles as she tricks Alphonse. 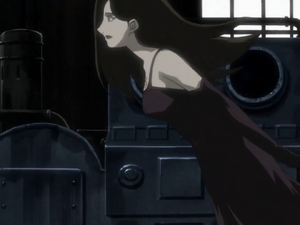 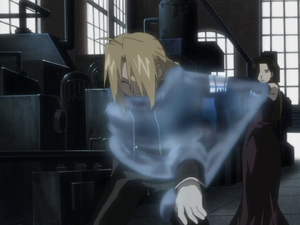 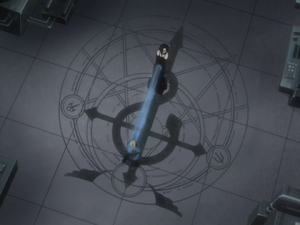 Sloth in the Transmutation Circle. 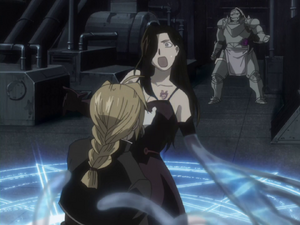 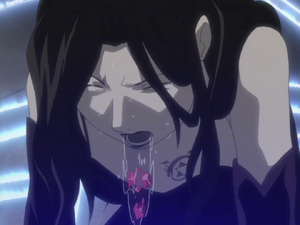 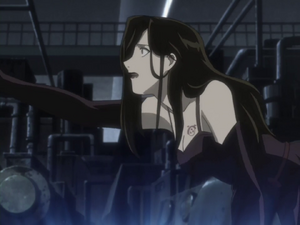 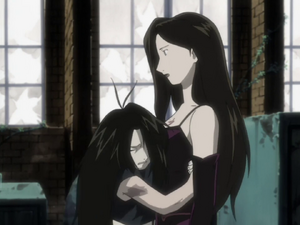 Wrath is about to fused with Sloth. 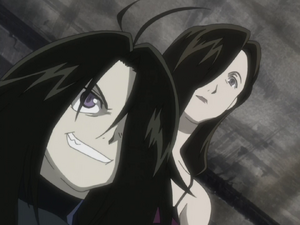 Wrath Fused himself with Sloth. 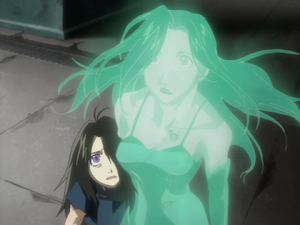 Sloth starts to turn into ethanol. 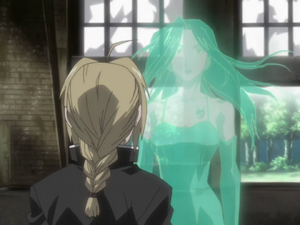 Edward watches Sloth as she starts to evaporate. 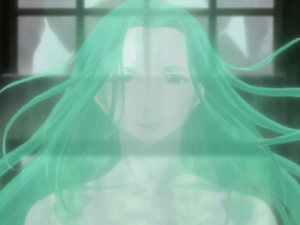 Sloth's Death "Well done, sweetheart. Clean up after yourselves, and take care of each other."
Add a photo to this gallery

Retrieved from "https://villains.fandom.com/wiki/Sloth_(FMA_2003)?oldid=4088233"
Community content is available under CC-BY-SA unless otherwise noted.