Villains Wiki
Register
Don't have an account?
Sign In
Advertisement
in: Partners in Crime, Goblins, Mischievous,
and 20 more
English

Tormenting the residents of Toyland.

Cause trouble in Toyland.

Depends on the episode.

Sly and Gobbo are the main antagonists in the Noddy franchise.

Appearing as the main antagonists from Noddy's Adventures in Toyland onwards, they are a duo of mischievous and irritating goblins who love annoying and pestering the residents of Toyland.

However, at the end of each episode they would seemingly apologize only to return to their old tricks come the beginning of a new day. While they were not particularly threatening or powerful they were definitely the closest thing to regular villains Noddy and his friends faced during the course of the series.

Gobbo is a rather ugly, short, skinny creature with flushed cheeks, a pointy nose and raggedy clothes while Sly is a more lanky scarecrow like goblin with pointed ears, a large chin, a raggedy jumpsuit and an elfish hat. 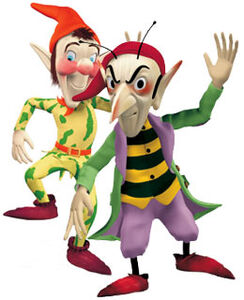 Sly and Gobbo in Make Way For Noddy. 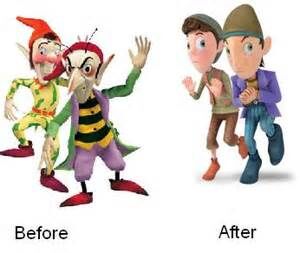 The future of Sly and Gobbo? 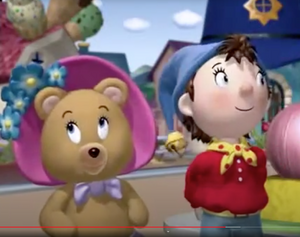 Sly and Gobbo as Noddy and Tessie 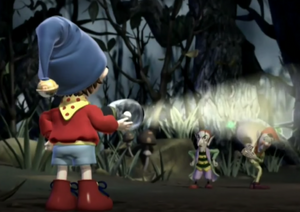 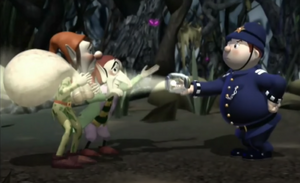 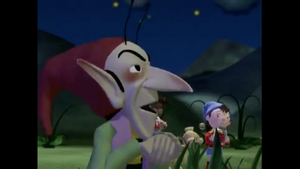 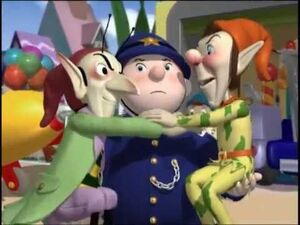 Sly and Gobbo are Arrested 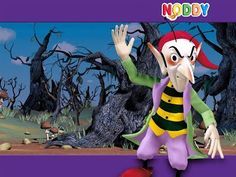