Wipe out humanity so the world is populated by Orphnochs.

Mascot
Smart Lady is the mascot of Smart Brain and a major antagonist in Kamen Rider 555.

She acts as something of an assistant to Kyoji Murakami and is the one who scouted out Yuji Kiba to join Smart Brain. Despite working alongside the Orphnochs, it is unknown if she is one herself, as she never displays any special abilities or traits of one. She is commonly associated with butterflies of the Morpho genus.

She was portrayed by Hitomi Kurihara.

Smart Lady was the one who originally invited Yuji Kiba to join Smart Brain. Over the course of the series, she monitors the actions of Smart Brain's Orphnoch recruits. It is unknown what her fate is at the end of the series, though it is likely she survived.

In the alternate continuity of the movie, Smart Lady acts as a news reporter in addition to being the mascot of Smart Brain, reporting on the dwindling numbers of humanity.

At the end of the movie she is ordered by Wirepullers of Smart Brain to kill Kyoji Murakami for his failures to defeat Kamen Rider Faiz following the deaths of Yuji Kiba and Kamen Rider Psyga. 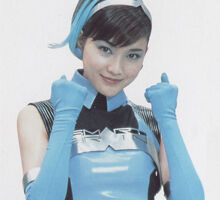 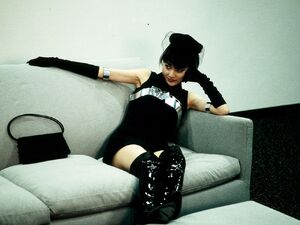 Smart Lady in her alternate outfit. 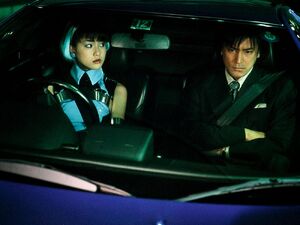 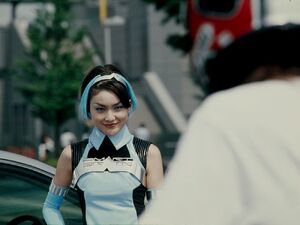 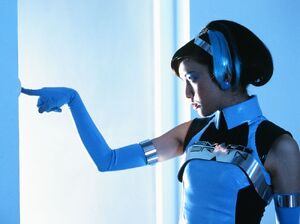