To break children's spirits and senses of creativity (succeeded for a while).

The Smile Away Reformatory School is the main antagonistic faction of the Phineas and Ferb episode "Phineas and Ferb Get Busted!". It is a reformatory school headed by the Drill Sergeant to dispose children of their imaginations and creativity skills.

According to the Sergeant himself, the school was founded to offer a serene, peaceful environment in which safety, discipline and responsibility are encouraged for children. However, this was only a ruse to fool parents into sending their children to the school, where the Sergeant actually subjects the children to torture and discipline in order to break their spirits and become mindless drones; he even subjected those who disobey his rules by putting them into caged boxes.

Following Phineas Flynn and Ferb Fletcher's forced admittance to the Smile Away Reformatory School by their worried parents, the boys were subjected to torture and discipline along with the other kids, losing whatever sense of creativity that they have left. Satisfied by the results, the Sergeant invites TV show host Morty Williams over for a news showcase to detail how he broke the kids' spirits and turned into mindless drones.

However, the report was witnessed by the boys' sister Candace, who has had enough and decided to free her brothers from the school with the help from Jeremy Johnson. To do so, Candace and Jeremy posed themselves as Morty and a cameraman while the real Morty is in his trailer gloating over his success. When the Sergeant learns that Phineas and Ferb have escaped, he orders his men to go after Morty, believing that he's responsible for breaking them out from the school. However, the Sergeant soon learns that Candace was impersonating Morty the entire time.

It is unknown what happened to the school following the Sergeant's death (due to a battle between Perry the Platypus and Heinz Doofenshmirtz on a giant robot spider), but it turns out that the entire episode's events was just a nightmare that Perry has having due to his fear of blowing his cover to the Flynn-Fletchers. 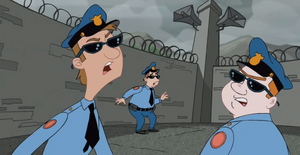 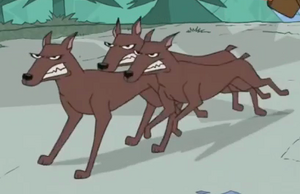 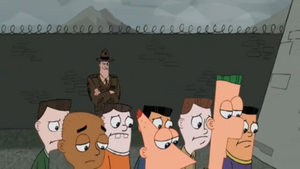 The Sergeant grinning evilly as the children become miserable in the school. 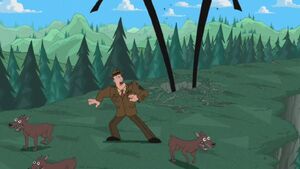