Driving its victims to insanity

Spread its image throughout the world

Cause as much suffering and death as possible (both ongoing)

The Smile Dog is the main antagonist of the Creepypasta story "Smile.jpg". He is a supernatural entity that haunts the lives of any who see his face, driving them to insanity and suicide.

The Smile Dog is a very aggressive, bloodthirsty, dangerous and sadistic entity who endlessly revels in the terror others have of him. He is seemingly always smiling and only seems displeased if his "request" is not fulfilled by his victim. Smile Dog's only real goal seems to be to spread the fear of him as far and wide as he possibly can, killing those who defy and resist him, and taking great joy in doing so as well as dragging them to Hell (from where some believe he came).

Although the myths and legends about Smile Dog vary from story to story and writer to writer, most Smile Dog stories and descriptions of the creature follow along something like this:

Smile Dog is believed to be a demonic creature resembling a grinning Siberian husky which appears in a photograph. When it is viewed by an individual, the victim will be plagued by tormenting and traumatizing nightmares. These dreams will always feature of the Smile Dog. In it, the victim will usually ask what it wants. To which it replies with its famous line: "Spread the word".

What he means by this is that he asks (or, to put it bluntly, blackmailing) that they attach the file and send it to other people. Deleting or simply not viewing the picture will result in the same thing. If Smile Dog's wish is not granted after three days, the picture will mutate and deform, depicting a much more disturbing and demonic form of Smile Dog (which many fans and theorists have depicted as Smile Dog's True Form). Thus, amplifying his already terrifying powers to a demonic new level and worsening the nightmares of his victims just as much.

Smile Dog is very persistent in its goals, able to continue psychologically tormenting and haunting its victim(s) in their dreams for months or even years until they either "spread the word" or they commit suicide (the latter happening much more often). Otherwise, they will simply try to avoid sleeping, resulting in death from sleep deprivation and malnourishment (which may be caused by the victim's extreme fear to make them neglect their own health).

In some variations of the story, after an extremely long period of resistance, Smile Dog will finally manifest into the real world and will haunt and plague the victim in the real waking world as well as their dream world. If the victim continues to resist, after an extremely long time, enough to wear down Smile Dog's patience, he will finally manifest into the real world and finally end the victim's suffering, by viciously and painfully killing them, and one story even mentions Smile Dog dragging the souls of his victims down to Hell with him. Although no one knows the exact origin of Smile Dog or where he originally came from, there are some who say that the origins of this entity come from an original picture of The Devil himself. 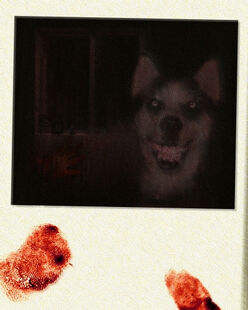 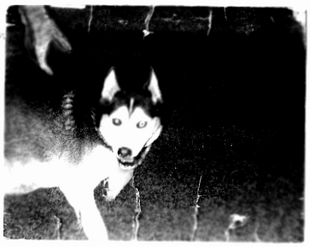 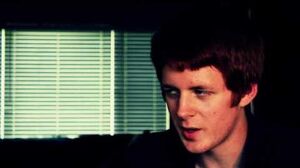 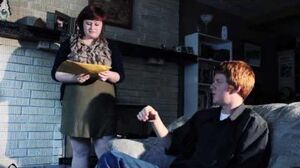 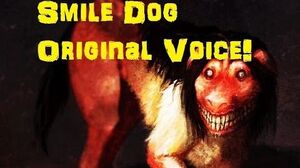