He is voiced by Hank Azaria, who also voiced Frank Grimes, Jr. in the same series, and also voiced Venom in Spider-Man: The Animated Series, Bartok in Anastasia, and Carlos in Hop, while he physically played Kahmunrah in Night at the Museum: Battle of the Smithsonian and Gargamel in the live action Smurfs films.

In a documentary by Declan Desmond showing the pasts of several Springfield citizens, a thirteen-year-old Snake is called "Detention Bird" by a sixteen-year-old Clancy Wiggum.

Snake referred to himself as "Professor Jailbird"; it was also revealed that he was formerly an idealistic Indiana Jones-type archaeologist until Moe stole the Mayan gold coins that Snake had discovered and was going to donate to the museum, so he decided to take his revenge out on society (convenience stores). Snake also has a son named Jeremy. It is stated that Snake had previously spent time in a juvenile facility, suggesting he was a criminal before being an archaeologist.

It is implied by Otto that Snake was the one responsible for ruining Spinal Tap's concert.

Snake is constantly seen getting arrested but never appearing to stay in prison. He speaks with a "Valley Boy" accent and keeps a cigarette pack rolled up in his sleeve. Snake has light brown hair. He is also 40 years old. His occupation is a criminal and a former professor and archaeologist. Snake is partial to fast cars and fast women and has a knack for reckless abandon. 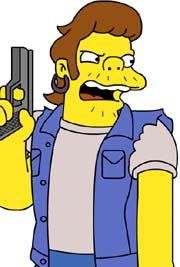 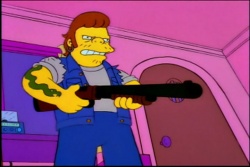 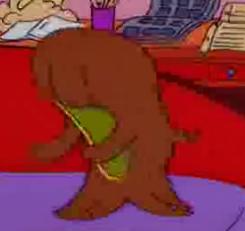 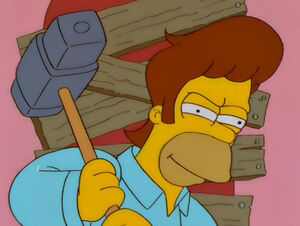 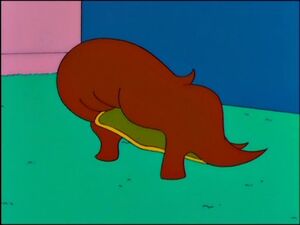 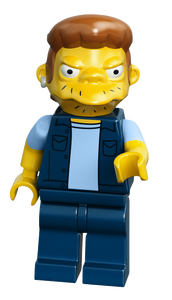 Snake as a LEGO minifigure 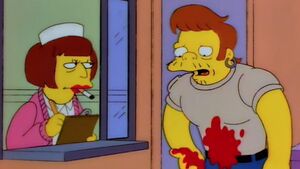 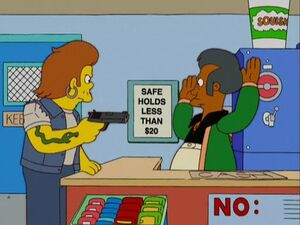 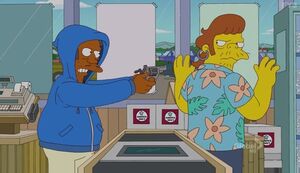 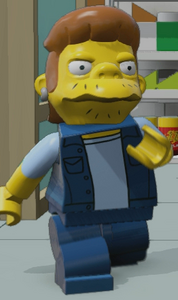 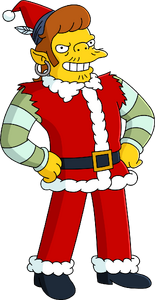