Snake Man is one of the eight Robot Masters from Mega Man 3. He was created by Dr. Light and Dr. Wily to do research on rough terrain. His lightweight body enables him to investigate narrow areas. He is eventually reprogrammed by Wily to serve him. True to his snake motif, Snake Man is a sly and tenacious individual.

Snake Man mainly fights by jumping the platforms on the arena and firing off his Search Snake, which crawls to the ground and climbs walls. The fight is made tougher due to the elevated platforms which give little room to maneuver and dodge Snake Man's jumping. His weakness is the Needle Cannon. His own weapon provides Gemini Man's weakness.

Snake Man makes a cameo in the robot museum stage from Mega Man 7.

Snake Man is one of the 4 bosses in this game. He fights the same way as he does in Mega Man 3.

in Super Smash Bros. Ultimate Snake Man appears as a novice primary grab-type spirit in World of Light. His spirit battle is against two dark green Snakes who are easily distracted by Bombchu items on the Ω form of the Kongo Jungle stage.

Snake Man appeared in the Ruby-Spears Mega Man cartoon as a recurring antagonist. He was one of Dr. Wily's most recurring Robot Masters, next to Cut Man and Guts Man.

He was partners with Drill Man in the cartoon show. He was voiced by Ian James Corlett, who also voiced the eponymous hero. 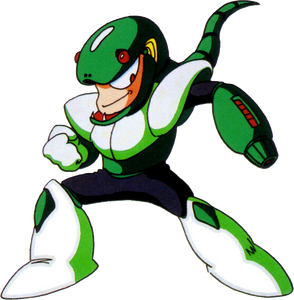 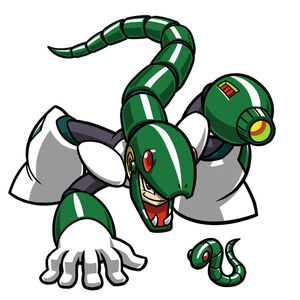 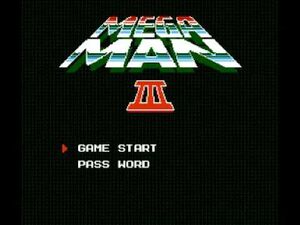