Member of the True Knot

She was portrayed by Emily Alyn Lind, who also played Melanie in The Babysitter film series, and Grace Goodwin in Prep & Landing: Naughty vs. Nice.

When she was 8 years old, she has a strong hatred for (and distrust of) men. When she was older, she killed her father with her mother's knitting needles, by stabbing him in the crotch and then his eyes. At some point, she got a tattoo of a rattlesnake on her upper arm with exaggerated fangs and poison dripping from one. This and her habit of engraving men with those fangs, are what her True name (Snakebite Andi) comes from. She is also vicious, callous, boastful, violent, dangerous, and malevolent to men.

As a child, Andi had been sexually abused by her father since she was eight years old. She remembers him saying "If they're old enough to pee, they're old enough for me,"[3]. Because of this, she has a strong hatred for (and distrust of) men. When she was older, she killed him with her mothers knitting needles, by stabbing him in the crotch and then his eyes. At some point, she got a tattoo of a rattlesnake on her upper arm, with exaggerated fangs and poison dripping from one. This, and her habit of engraving men with those fangs, are what her True name comes from.

She likes movies for their escapism [4], and would make the men trying to pick her up in bars pay for her way to them before she made them sleep, robbed them and scarred them. Part of why she scars them is so that they have to explain themselves to the women in their lives[5], she assumes she has picked wealthy old men who have wives and children. The last movie she saw before her Turning, where Rose, Barry the Chink, and Grampa Flick picked her up, was Raiders of the Lost Ark. Before she is turned, Rose tells her she is the first they have offered the choice to in twenty years.

Life with the True Knot

After her Turning, she slept with Rose once, and seems to have tried to start a relationship with her[6], before moving on to others in the True. She had been with Silent Sarey for nearly a decade before 2013. She, along with Barry the Chink, Jimmy Numbers, Crow Daddy, and Walnut were apart of the small party to capture Abra Stone. She was the last to die of the three who made it to cloud gap, killed by blunt force trauma to the head, breaking her jaw and causing brain bleeding, by John Dalton[7]. She tells them that Crow Daddy left the party in Anniston, New Hampshire, after Dan Torrance forces her jaw back to place, though she has already started cycling heavily.

She is instead a 15 year old girl, who dresses cleanly, lacks her tattoo, and seems to lure men into movie theaters through online ads. She, according to Rose, is the first they have turned in 40 years. She doesn't appear to enjoy the movies as much as she leaves soon after robbing and cutting the man, and while still attracted to Rose, does not pursue a relationship with her, nor Silent Sarey. She is still the last to die on the away team to pick up Abra, and manages to get Billy to kill himself while she cycles. Her ability is also expanded, due to the short number of members there are in the True Knot, to being a "Pusher" rather than just a "sleeper". Instead of being able to tell people to sleep, how deeply, and what to dream of, she can convince them to do a host of things. She is the one who convinces Baseball Boy to get into the van and to trust them rather than Barry the Chink. Snakebite Andi was part of small group to capture Abra Stone alongside Barry the Chink, Jimmy Numbers, Crow Daddy, and Walnut. Andi was killed by John Dalton, but informed Danny Torrance that Crow Daddy left the party in Anniston, New Hampshire. 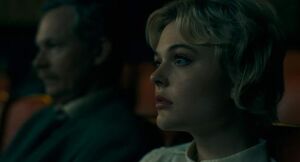 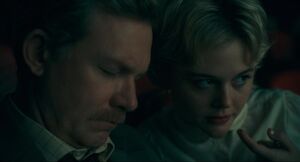 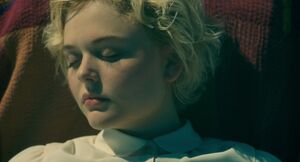 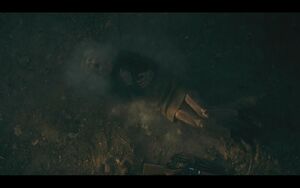 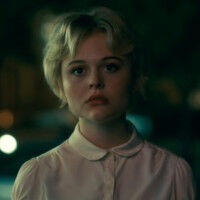 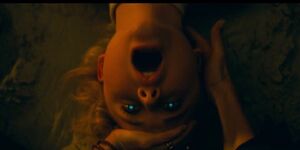 Retrieved from "https://villains.fandom.com/wiki/Snakebite_Andi_(Stephen_King)?oldid=4257614"
Community content is available under CC-BY-SA unless otherwise noted.