Retrieve Casper and the Ghostly Trio for Kibosh

Snivel is Kibosh's right hand assistant and the secondary antagonist in Casper: A Spirited Beginning and Casper's Haunted Christmas.

He was voiced by Pauly Shore and Lee Tockar.

In Casper: A Spirited Beginningm he was introduced informing four ghosts (excluding Casper) of what they will be learning in the Ghost Central. He then realized that one of them was missing which was Casper. This led Kibosh to force Snivel to find Casper and bring him back. Throughout the film, Snivel has been keeping an eye on Casper and the Ghostly Trio and informing Kibosh of what's going on. Near the end of the film, both he and Kibosh show up and capture the Trio and went to the Applegate Mansion to get Casper until the bomb Casper ate exploded inside him with Kibosh and Snivel being surprised by his technique and decide to let both Casper and his uncles go in peace.

He appeared once again in Casper's Haunted Christmas, where he and Kibosh threaten to send Casper and the Ghostly Trio to the Dark unless Casper purposely scare people until Christmas day. Snivel was hired to keep an eye once again and will blow the whistle so Kibosh will appear once it's Christmas morning.

He does not appear in Casper's Scare School, nor did he appear in the video game Casper: Spirit Dimension. 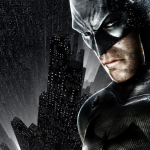