Snover is an antagonist in Pokémon Mystery Dungeon: Explorers of Sky who appears in the Special Episode titled "Bidoof's Wish". He is the leader of Team Rogue, a villainous Exploration Team that's purpose is to rob other Pokémon. He pretended to be a good guy so that Bidoof wouldn't know what he and his minions, Gligar and Bagon, were up to.

Although Snover initially presented himself as a friendly Pokémon, he was actually a cruel robber who had no qualms about tricking or attacking innocent Pokémon to steal from them. He also seems to be cowardly as he ran away after he and his minions were defeated by the members of Wigglytuff's Guild.

Snover first appears to be seemingly chased by Gligar and Bagon in Treasure Town, and he gives Bidoof a map before continuing on his way towards Sharpedo Bluff.

The next day, Snover comes to visit Bidoof at Wigglytuff's Guild. He tells him that the map he gave him is called the Ancient Map and that he gave it to him to keep it safe from Gligar and Bagon. The map shows the way to a place called Star Cave, where the Legendary Pokémon Jirachi lives. Snover asks Bidoof to come to explore it with him because he wants Jirachi to grant him a wish, and Bidoof agrees because he wants to have his own wish to become the best explorer ever granted.

When Bidoof and Snover reach Deep Star Cave, Gligar and Bagon ambush Bidoof, and Snover reveals himself to be the leader of their Exploration Team named Team Rogue. He, Gligar and Bagon had been watching Bidoof when he was in Treasure Town earlier running an errand for the Guild, and come up with the plan to trick him into coming to Star Cave so they could rob him of his 7, 000 Poké. They then fight Bidoof. Regardless of whether the player wins or loses against them, Snover incapacitates Bidoof afterwards, and are about to take the money from Bidoof by force. However, the other members of the Guild come to Bidoof's rescue, and together, they defeat the three thieves and send them running away. 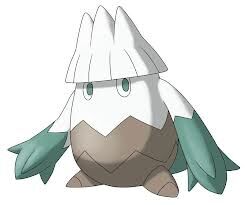