Snow White is a character in Ever After High, and Apple White's mom, appearing in the movie Dragon Games. Snow White goes to work and checks on her daughter's statistics but realizes that her popularity has gone down. She calls Apple as soon as she gets to her office. She notices how triggered Apple is acting regarding her social status, so she assures Apple that she will do something about it. She tries to pressure Apple into making Raven evil.

After recognizing Mira Shards as the evil queen when she saw her on Blondie's MirrorCast show announcing the return of dragons to Ever After High, Snow White visits the school for an assembly, proclaiming to reinstate the Dragon Games. She has already renovated the land into a new Dragon Games arena, to everyone's amazement. However, she claims that it was all Apple's idea in order to boost her popularity. Apple objects to lying, but Snow White encourages Apple to do what is necessary to get her happily ever after back on track.

Mira is one to protest about buying popularity, to which Snow counters that she's heard Mira is a great dragon rider. Snow immediately recognizes Mira due to her striking resemblance to a certain evil villain. Mira turns back into her true form and receives a temporary pardon from Snow White to play the dragon games. Luckily, Snow White has backup: she possesses the Booking Glass mirror which she tries using to capture the Evil Queen after the Evil Queen cast a spell on Nevermore, causing the dragon to spew uncontrollable fire, but her booking glass is mysteriously not working.

The Evil Queen reveals that she has switched the mirrors, unbeknownst to her that Daring Charming now possesses the booking glass, and she smashes the mirror she believes to be the real one. When the Evil Queen takes over the school, she keeps Snow White in a cell and turns her into a snake. When Raven frees Snow by shattering the booking glass, she returns back to normal. Snow White shares a reunion hug with Apple.

Snow White was the heroine of her story, but she is now a narcissist who peer pressures her daughter to carry on following her destiny and try to pressure Raven to do the same. She doesn't seem to care how it happens at all.

She cares more about the picture she gives of herself and her daughter to publicity than the truth behind it. Besides this she does show actual care for her people and her daughter, but only so she can peer pressure her. 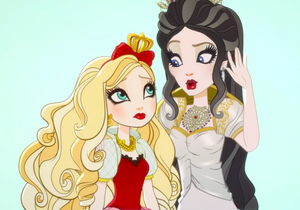 Snow White with her equally peer-pressuring daughter (it was honestly not Apple's fault). 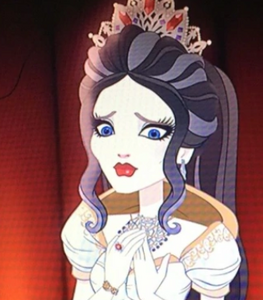 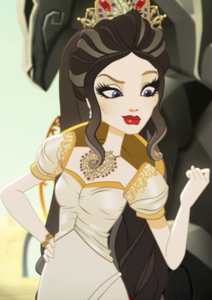 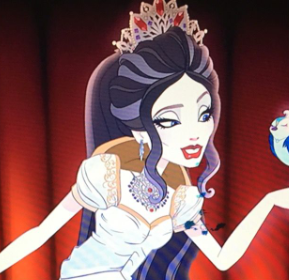 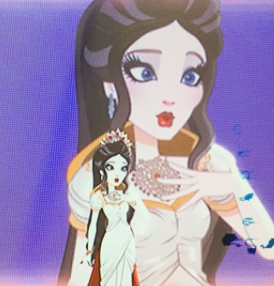 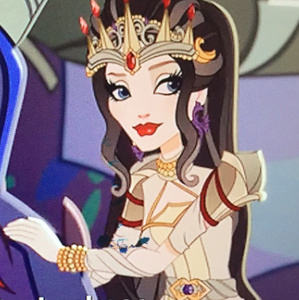 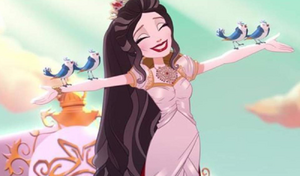 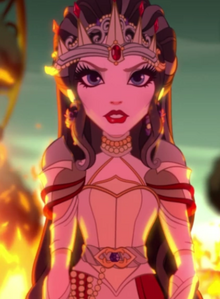 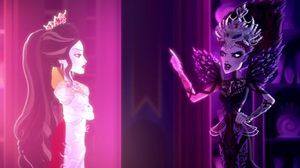 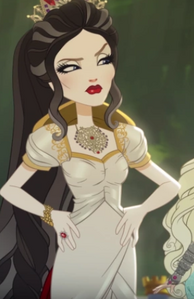 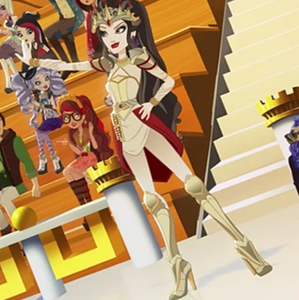 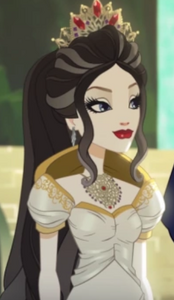 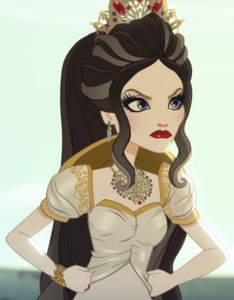 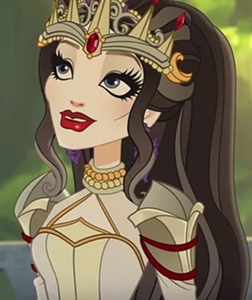 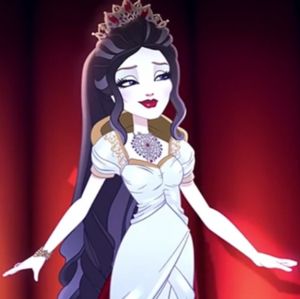 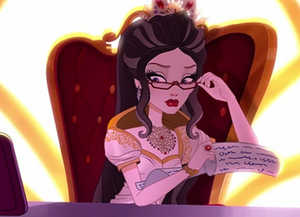 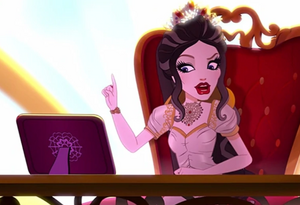 Retrieved from "https://villains.fandom.com/wiki/Snow_White?oldid=3521620"
Community content is available under CC-BY-SA unless otherwise noted.