Snowball (The Secret Life of Pets)

Recruit stray pets to form a massive army of abandoned animals to get revenge on humanity and take over the world (formerly).

Snowball is the main antagonist of Illumination's 6th feature film The Secret Life of Pets, and one of the three protagonists of its 2019 sequel The Secret Life of Pets 2. He is the original leader of The Flushed Pets and Max's former arch-nemesis. At the end of the first movie, he is adopted and his attitude changes to where he becomes friends with his former enemies.

He was voiced by Kevin Hart.

Snowball is depicted as a cute and adorable rabbit who hates both the happy pet owners and their pets. He built an army of the abandoned pets for he wants to take revenge on all the pet owners and the pets themselves. Formerly, Snowball was a party bunny for shows and birthdays, but was abandoned by his owner and because rabbits became out of fashion; this makes him hate people and he wants to destroy all humans. Then, as Snowball had told Max, Duke, and The Flushed Pets, "He made me disappear... FROM HIS LIFE!".

When they get to the lair, Snowball introduces themselves to Max and Duke, and asks them about the "story" that "they murdered their owner". Again, Snowball is convinced by their story words "killed their own owner with a blender." So he intends to call the Viper to bite Max and Duke as recognition to the new recruits; in the process, Snowball said he preferred Max to Duke. They are stopped by some cats, who reveal that Max and Duke are actually domesticated. On hearing this, The Flushed Pets try to catch the two dogs but Duke defends themselves by shaking Viper by tail, and Viper is later killed by piles of falling bricks accidentally, which makes Snowball decide to hunt down Max and Duke, even if they escape from the sewer and head to Brooklyn. 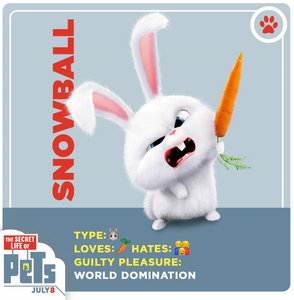 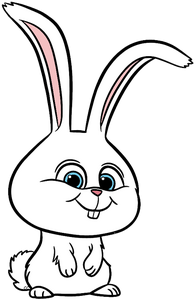 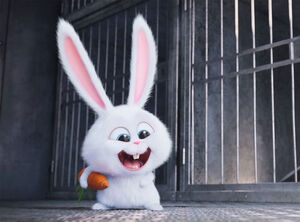 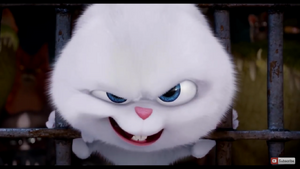 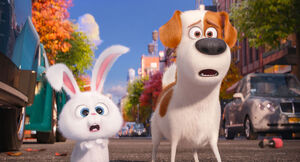 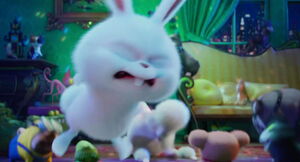 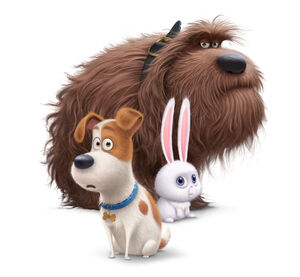 Concept art of Snowball with Max and Duke.