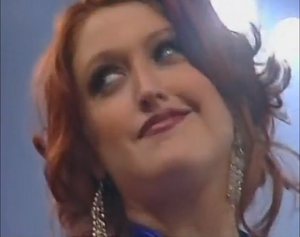 SoCal Val is a former TNA Knockout who mostly served as a hostess, ring announcer, and a backstage interviewer.

In her entire seven year career in TNA, Val's only participation in a storyline happened in 2008, when she was part of a storyline love triangle between Jay Lethal and Sonjay Dutt. At the time, Val and Lethal were a (kayfabe) couple, but Dutt would betray Lethal and vie for Val's affections. However, at No Surrender, Val turned into a villainess and delivered a low blow to Lethal just as he was about to win a ladder match against Dutt, which had a wedding ring for the winner to propose to her. Dutt ended up winning the match and Val ended up with him. After her shocking heel turn, the evil Val stated that the reason why she dumped Lethal for Dutt was because Dutt's father was wealthy. For several weeks, Val portrayed the villainous valet for Dutt, but Dutt's release from TNA put an abrupt end to Val's role.

In 2014, Val debuted for Shine Wrestling as the evil manager and leader of her own stable, called Valifornia. The group consists of Nevaeh, Marti Belle, Jayme Jameson, and Andréa, who became the group's new enforcer in January 2015.

In her brief stint as a villainess, Val mostly portrayed a gold digger, and also came off as an opportunist during her heel turn.