Kill Subject Delta (succeeded twice).
Transform Eleanor into a "Utopian".
Convert humanity into "Utopians" to eliminate free will and individuality (both failed).

Doctor Sofia Lamb, or better known as Sofia Lamb, is the main antagonist of the science fiction videogame BioShock 2 and the secondary antagonist of the prequel novel BioShock: Rapture. The leader of the Rapture Family and a fanatical practitioner of social psychiatry, Lamb firmly believes that humanity will be driven to ruination by its own selfishness, its own individuality, and even its own awareness; as such, her goal is to eliminate the Self from the human psyche by creating the first "Utopian," an entity lacking free will and dominated by the drive to serve the common good. However, her ideal candidate for the first Utopian is none other than her daughter, Eleanor - bringing her into conflict with her bonded Big Daddy, Subject Delta. She and the Rapture Family eventually take over Rapture once the deaths of Andrew Ryan and Frank Fontaine leave behind a power vacuum for the crumbling underwater city.

She was voiced by Fenella Woolgar.

Sofia Lamb immediately distinguishes herself from the rank and file of her followers by appearing comparatively normal: like Andrew Ryan and Frank Fontaine before her, she apparently has never indulged in Splicing or taken part in any of the fighting around Rapture; as a result, she lacks the deformities and battlescars exhibited by the other citizens of Rapture from around this time.

Standing at six feet tall, Sofia sports a very thin, willowy build, deep blue eyes and platinum-blonde hair in curls. Stoic by nature, she rarely emotes with her face, only occasionally favoring onlookers with a faint smirk. Her age is not currently known and difficult to judge due to her consistently severe appearance, though she could be around fifty at the most. Though she rarely appears in person, her voice is instantly recognizable for its gentle, soothing timbre and perfectly measured English "Received Pronunciation" accent; however, as her audio diaries and radio messages demonstrate, she is more than capable of speaking forcefully - though she rarely ever shouts even in emergencies.

Much like Andrew Ryan, Sofia maintains an undamaged wardrobe throughout the crises in Rapture. In keeping with her collectivist beliefs, she eschews the luxury of an expensive attire, instead opting for a simple, practical grey dress with a navy-blue jacket; judging by the medicine she keeps slung over her shoulder, this outfit may have actually been adapted from a nurse's uniform, perhaps picked up during her time in Persephone. However, one consistent element of her attire regardless of the era are her cat-eyed glasses, which apparently became so distinctive that they actually became her unofficial logo in advertisements for Sofia's therapy sessions.

Cold, superficially polite and fanatical to the point of madness, Sofia focuses on the needs of the community at the expense of the individual, being more than happy to mutate Gilbert Alexander beyond recognition or destroy her own daughter's mind if it means guaranteeing the creation of her world-saving "Utopian." Despite her publicly-broadcast claims that her goal is to secure happiness for the greatest number of people, Eleanor points out that Sofia would gladly see the entire world made miserable rather than allow an individual to find their own path to contentment.

Regarding the world entirely through the lens of her collectivist beliefs, she refuses to believe that Subject Delta could ever be kind of his own free will, and claims that humanity can only be saved from an impending apocalypse by being forcibly deprived of its consciousness. She even seems to view Jack in a borderline-messianic light for his lack of choice in assassinating Ryan, either unaware that Jack ultimately broke free of the programming to forge his own path in life - or simply choosing to ignore the fact. Towards the end of the game, the notion of Eleanor regaining her individuality and awakening the Little Sisters from their conditioning is enough to send her flying into a rage, claiming that Delta is spreading self-awareness "like a plague."

Despite her firm belief in the common good above all else, Sofia also appears to suffer from some kind of messiah complex, believing herself to be the only individual with the ability and the will to save the world - even allowing her followers to worship her as a Virgin Mary-like figure. Furthermore, despite her claims of loving all sentient beings in equal measure, this ultimately amounts to loving nobody - essentially making her a psychopath with a very unusual code of conduct.

Though not sadistic and not afraid to put herself at risk for the sake of her plans, she has little empathy for the suffering of others: over the course of her personal history, she has Subject Delta murdered in front of Eleanor, exploits the guilt of both Simon Wales and Grace Holloway to make them into her minions, torpedoes anyone attempting to escape Rapture, kidnaps children from the surface, abandons Gilbert Alexander to degenerating insanity, and even allows Stanley Poole to get away with mass-murder until he endangers her interests. For good measure, despite her claims of having made Subject Omega a better person for his lack of free will, she had no trouble leaving his conscious mind and voice intact, allowing him to spend his last few minutes begging to be put out of his misery. Even her few moments of maternal care for Eleanor have little affection attached, and are motivated mainly by her goal of transforming her into the First Utopian: tellingly, when she first separates her daughter from Delta, she specifically states "she is mine, " indicating that she sees Eleanor as nothing more than property - making her claims of utilitarian selflessness ring distinctly hollow.

As Sofia herself freely admits, she is highly competitive and demonstrates a strong desire to win. In the past, she was able to exploit this by consistently winning big on her weekly poker nights in Pauper's Drop, then using her stake to benefit the neediest players; in the process she would gain the loyalty of her fellow players and satisfy her desire for victory. However, this also manifests as a marked aversion towards failure that verges on petulance, enough to overcome her normally unshakable stoicism and even her desire for the common good. In order to prevent Delta from succeeding, she will smother Eleanor with a pillow, threaten to sink Persephone to the bottom of the ocean, and even abandon Rapture altogether so long as she will be able to ensure her success at the cost of all others. 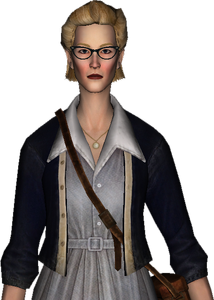 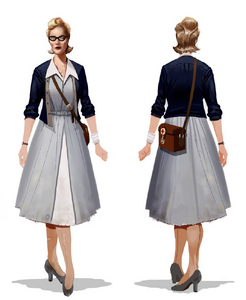 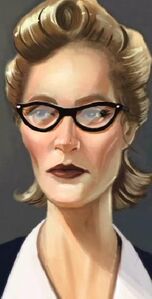 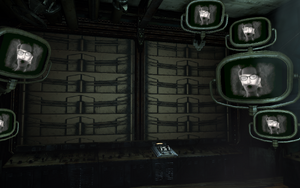 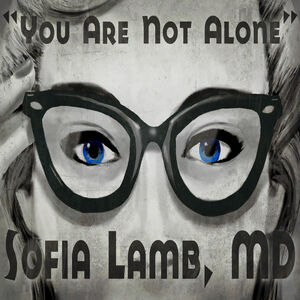 One of Lamb's many propaganda posters. 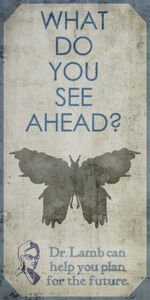 An advertisement for Lamb's psychiatry. 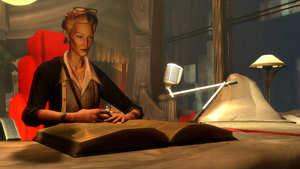 Lamb in her office at Persephone.