Villains Wiki
Register
Don't have an account?
Sign In
Advertisement
in: Spoilers, Mature, The Boys Villains,
and 52 more

dNOTE: This article is only for the TV version of Soldier Boy. To see the article for his comic-book counterpart, go to Soldier Boy.

Tin-Man
A Real American Hero
Hero of Heroes (by Homelander)

Fighting crime unlawfully as the leader of Payback.

Take down Payback for betraying him (succeeded only with Crimson Countess and Mindstorm so far).
Team up with Billy Butcher to kill Homelander (both ongoing).

Ben, better known as Soldier Boy, is a major antagonist in the Amazon TV adaption of the controversial adult comic-book series The Boys, serving as a mentioned character in Seasons 1 and 2, and a major character of Season 3.

He was America’s first, greatest and most popular superhero whose genetics were used to create Homelander, making him his biological father. Soldier Boy led his fellow American troops in battle during World War II alongside his superhero team, Payback. It is assumed by the public that he had fought for justice and liberty for all, until his disappearance during a botched operation in Nicaragua in 1984, with the cover story being that he heroically sacrificed his own life to save America from a nuclear power plant meltdown.

However, he was awfully corrupt throughout his time as a hero and was responsible for the deaths of Mother's Milk's family members in the 1980's after he punched a criminal's vehicle onto Mother's Milk's family home. And in actuality, Soldier Boy was betrayed by his team and kidnapped by Russian agents in Nicaragua to be brought to Russia to be tortured and experimented on for many years to come, until he was rescued by The Boys in 2022 to aid them in taking down Vought International and killing Homelander.

He is portrayed by Jensen Ackles, who also played Dean Winchester in Supernatural, Jason Teague in Smallville, Tom Hanniger in My Bloody Valentine, and voiced Jason Todd in Batman: Under the Red Hood.

Vought International made the public believe that Soldier Boy was a superpowered being who grew up in poverty and volunteered during WWII to fight for his country. However, he was actually part of a series of experiments by Dr. Frederick Vought, who was testing Compound V on various test subjects to make superheroes to fight in the war. This led to such superheroes as Soldier Boy, who killed German soldiers by the dozen and as a result, being hailed by America as a hero. He is also resposible for the establishment of National Super Hero Day on April 28th as a way to honor all the heroes at the time.

Due to his slow-aging, he remained a superhero for Vought for decades, and even founded Herogasm in 1952 - an annual sex party involving superheroes where he and Stormfront - then known as Lady Liberty would take part in. He eventually became the leader of a superhero team called Payback, where he would fight crime alongside Crimson Countess, Gunpowder, Swatto, Mindstorm, Black Noir and the TNT Twins. On July 12, 1982, in Queens, New York, Soldier Boy and Swatto reportedly assaulted a homeless man in a park for unknown reasons and also during the 80's, Soldier Boy was also responsible for killing Mother Milk's family as he was chasing a criminal attempting to flee in a getaway car only to punch the car onto the family home of Mother's Milk, killing his family members as a result.

Soldier Boy did not have a good relationship with his teammates with the exception of Gunpowder of whom he took under his wing. He would frequently threaten and abuse his teammates including his then-girlfriend Crimson Countess whenever they questioned his authority. Black Noir received the most abuse as he wanted to rise up the ranks and become a high-tier supe of which Soldier Boy dissaproves and as a result, he often beats Black Noir to a pulp on multiple ocassions. 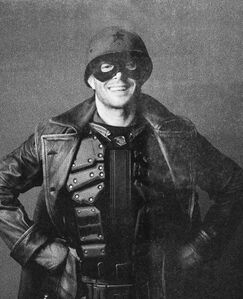 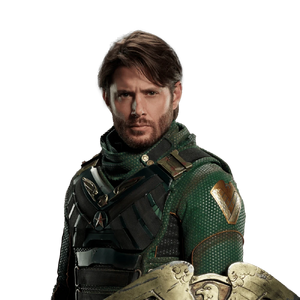 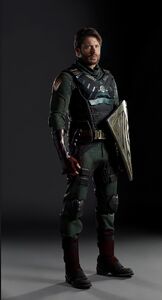 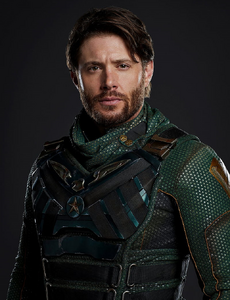