Leader of The Crimson Order (formerly)

Kill the Aloki Indians for their gold (succeeded)

Genocidal Mastermind
Solomon Grimmes is the posthumous overarching antagonist in the first season of the Facebook hidden object game Criminal Case. He was a Pilgrim and the founder of the ancient secret society called the Crimson Order and is an ancestor of its latest and final leader before its dissolvement, Milton Grimmes.

Decades prior to the events of Criminal Case, Solomon arrived with the other Pilgrims to the land that would later become Grimsborough (the fictional city the game is set in) on a ship sailed by Captain Ishmail Cavendish after years of surviving in the cold temperatures in the area at the time. Some time later, he met an Aloki Indian named Inaya when she saved his and the rest of the Pilgrim's lives and declared his love for her, and she in turn agreed to marry her. However, Solomon did not truly love Inaya and only claimed to so he could lure her and the rest of the Aloki Indians under one roof by hosting a party for them and then kill them all for their gold. After killing them, he used the gold to found a secret society called The Crimson Order, which controlled Grimsborough from the shadows for decades even after Solomon's death, until the player character and David Jones put an end to the secret society by arresting Solomon's descendant and its present-day leader, Milton Grimmes.

While Solomon is never seen in the present day of the game's story due to being long dead, he seems to have been a greedy and deceptive person, having seduced Inaya so he could kill her and her people just for their gold. 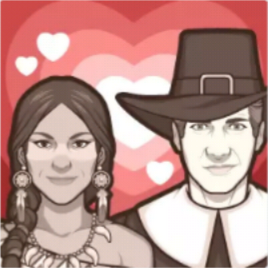