Sonia Nevermind ソニア・ネヴァーマインド (Sonia Nebāmaindo) is one of the main antagonists of the light novel Danganronpa: Togami. Though in other series and novels, she appears as a major character.

Though in Togami, Sonia's personality is corrupted and twisted, Sonia appears as an antagonist who murders many innocent people brutally, and killing them with her armored car. She is shown using vulgar language and showing a great obsession for despair. Her way of speaking is like the villain Junko Enoshima.

Sonia is also fascinated on serial killers and occult, she stated that she likes Friday the 13th.

She is voiced by Miho Arakawa in Japanese and Natalie Hoover in English.

Sonia had a twisted and villainous personalities in the novel Danganronpa: Togami making very evil killer, she is seen very psychotic as she kills many innocent people without feeling a little sympathy.

Though in other series, she is kind and polite girl, whose goal is to stop the killings of Junko Enoshima and her allies. However, she is a obssessed on serial killers and magical/eerie things.

In Togami, her attire is similar to her usual clothes, but her dress is black rather than green, and she has a white dress same in original. She wears a big red and black ribbon, with a blue and silver jewel on her chest.

In her hair, she wears a black ribbon with a diamond and a Monokuma hair clips on it. Sometimes she wears a crown like Junko Enoshima. She also wears a bracelet on her left wrist, she wears a gray and black thigh high socks. And red mary janes. She is a young woman whose age is 22. Sonia is tall, young woman with long blonde hair, pale skin and blue eyes.

After being brainwashed by Junko Enoshima into becoming a member of Ultimate Despair, Sonia returned to her home country of Novoselic and murdered her parents, the King and Queen of Novoselic, for the throne. After becoming the Queen, she brainwashed the rest of the country into Ulitmate Despairs like her and ordered nuclear strikes and other attacks on other kingdoms in order to spread more despair according to Junko's orders.

Sonia Nevermind first appeared after she found Byakuya and Shinobu Togami hiding in a back alley. Using her expensive armored car, she brought her soldiers from the Kingdom of Novoselic to confront Byakuya in Prague, Czech Republic. She informed Byakuya that one of the Togami Conglomerate's artificial satellites had crashed into an island somewhere in the Mediterranean.

Shinobu Togami tried to convince Sonia that the one who spread the World Domination Proclamation was the imposter of the real Byakuya.

Though, Sonia Nevermind didn't believe her words due to the imposter's perfect voice-print and due to the fact that she herself was secretly in league with the imposter.

Later, Sonia reappeared with her armored car in a pincher attack along with Kazuichi's flying machine gun to destroy Byakuya, who was inside Hiroyuki's Mercedes. Byakuya eventually escaped after he learned and threw his old glasses that has been set with a transmitter to track him down.

Sonia has seen many talents and abilities: 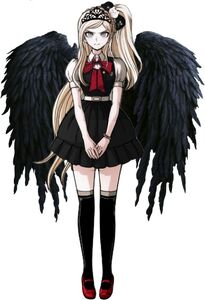 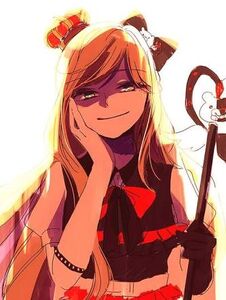 An artwork of evil Sonia. 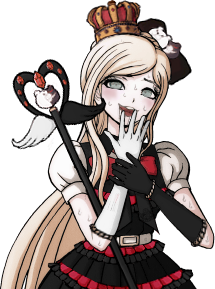 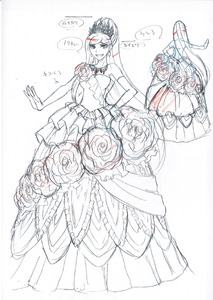 The character design sketch of Sonia's Ultimate Despair outfit from Danganronpa 3: Side - Future 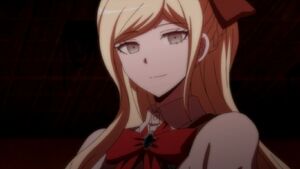 Sonia after redeeming herself and awakening in the real world