Gangster
Owner of a restaurant

Stealing technology from others.

Kill both Ant-Man and Wasp and get his hands on Pym's lab and sell it for profit.

Sonny Burch is the secondary antagonist of the 2018 Marvel film Ant-Man and the Wasp and will return in some capacity in Disney+ series Armor Wars.

He is an infamous black-market dealer with many connections who desires to steal technology from Hank Pym in order to bring profits to himself and his gang.

He was portrayed by Walton Goggins, who also played Shane Vendrell in The Shield, Billy Crash in Django Unchained, Lee Russell in Vice Principals, Stans in Predators and Mathias Vogel in Tomb Raider and Jonathan Miller/Skinny Man in Fatman.

Burch first appears when Hope Van Dyne, under the alias "Susan", arrives at his restaurant in order to buy a part for her father Hank Pym. As it turns out, Hank intends to use the part for his laboratory (which can be miniaturized) to open up a portal to the quantum realm in order to save Hope's mother Janet (who is trapped inside the Quantum Realm). However, Burch reveals that, because of his FBI contact Stoltz, he knows Hope has been lying about her identity and how she and her father have been building quantum tech. He then offers to strike a deal with Hope so that he can profit from selling quantum energy, although Hope refuses. In response, Burch refuses to give her the part yet keeps the money anyways as compensation for him not revealing their true identities. While attempting to leave the restaurant, and also ordering his minions to find out who Hope and her father are working with (reasoning that if they wouldn't sell to him they must be dealing with someone else), Hope dons her Wasp suit and easily defeats Burch's henchmen while taking the part for herself, outraging him. However, Ghost then appears and steals both the part and Hank Pym's miniature lab from Wasp, Pym, and Ant-Man. Witnessing this, Burch angrily orders his men to track down the lab and kill anyone who stands in their way.

Burch eventually tracks down Lang's business partners Luis, Dave and Kurt, who revealed that the trio are currently in the house of Bill Foster, whose adoptive daughter Ava happens to be Ghost and that she plans to use the lab to cure herself of a condition that she suffered following an accident that caused her parents' demise. With this information, Burch informs his contact Stoltz at the FBI. However, Luis warns Lang, who rushes home due to his house arrest, which leaves Pym and Hope to be arrested and for their lab to be taken by Ava.

However, Lang managed to help break Hope and Pym free from custody before opening up the portal to save Janet. After witnessing a brief fight between Lang, Hope and Ava while chasing them in the streets, Burch finally gets his hands on the lab, but Lang enlarges himself to get it back while Pym finally rescues Janet from the quantum realm. Janet then used her extracted quantum power to cure Ava of her condition, and Burch ends up being tasered and tied up Luis, Dave and Kurt. Following the arrival of the police, Burch is forced to confess his actions along with multiple health code violations (due to Luis drugging him with truth serum).

As of currently, Burch and his men are arrested and sent to prison for their crimes.

As an infamous crime lord, Burch has proven himself to be quite greedy and opportunistic in nature; upon hearing of Pym's technology that can be quite beneficial for his own purposes, he decided to steal it; even double-crossing Pym's daughter's Hope by arranging both her and her father to be arrested by the FBI. However, like all villains, his greed proved to be his downfall as his obsession towards Pym's lab has allowed both Hope and Lang to defeat him and and his men before having them arrested for their crimes. 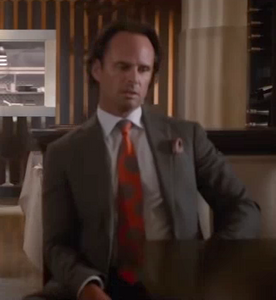 Sonny at the restaurant. 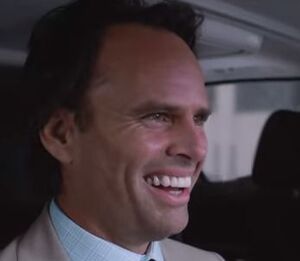