Ruthlessness and violence
Vast quantities of members who are willing to die for the gang's cause
Skilled combat in both firearms and melee weapons
Vast resources and monies made out of selling Loa Dust.

The Sons of Samedi are a villainous gang in Saints Row 2 and Saints Row IV. It was named after the Loa of Haitian Voodoo religion Baron Samedi.

The Sons of Samedi are a Drug Cartel who had already cornered the Caribbean Drug Underworld, branched out to Stilwater after the fall of Los Carnales' drug rule. Influenced by Voodoo and a history of military corruption in Haiti, the Sons of Samedi have developed a potent combination of spiritualism and fearlessness. Gang members were attracted to the gang out of respect for their methods: a desire for easy income from their drug trade, or through coercion. Their primary source of income is a designer drug called "Loa Dust", which has all but replaced ecstasy as the drug of choice for many college students attending the local Stilwater University.

The Samedi own a large drug farm in Pleasant View and multiple Loa Dust labs scattered mainly throughout the west side of the city. The Samedi also smuggle drugs using helicopters or by hiding the powder in fish that are shipped to the Stilwater docks. The Samedi often deal drugs and recruit members at the Stilwater University. Loa Dust is heavily pushed on campus and within the territorial boundaries of the Sons of Samedi. Pounds of Loa Dust are constantly bought due to the price and effect.

The Sons of Samedi came into conflict with the 3rd Street Saints when the The Protagonist declared it was time to challenge their control over Stilwater's lucrative, fluid, and extremely profitable drug market. They are very ruthless and violent, using mutilation and murder as a punishment for failure and betrayal. Due to their spiritualism, Samedi members are known to be fearless. They will fight to the end in any war they are engaged in.

Members proudly fly green when in the streets, openly proving and showing their membership, willing to risk getting killed in order to represent the flag they love. Although they focus more on dealing and trafficking than everyday block warfare, the Sons of Samedi are still extremely formidable in war. Never shy to launch massive scale preemptive attacks or retaliate, when it comes to gang-banging the Sons of Samedi are true get downers, As Samedi Soldier Dancer's twist in their boat shoe heel's. Due to the common knowledge of Stilwater neighborhoods never aligning, it can be strongly assumed that, to some degree, they are in conflict with enemies on their territorial borders with rivals such as the Ronin and the Brotherhood. In melee fights, they use a capoeira-like combat style and a Machete.

The Sons of Samedi are a Haiti gang in Stilwater, named after the Haitian lord of the dead. Their leader is A Samedi Female Soldier, The General, and his lieutenants are Mr. Sunshine, a voodoo priest and serial killer, and DJ Veteran Child, a Caucasian DJ, whose club is financed by The General.[reference?] Although the Samedi's have several safehouses around the commercial south area of the Stilwater, The General usually operates from his Hounfor. The Samedi's gang color is green with a voodoo symbol, they are composed of African-Americans, Jamaicans and Caucasians, and listen to Rastafarian-rap music. They usually drive 70's lowriders and muscle cars. The Sons of Samedi are specialized in the drug trade, producing the fictional drug Loa Dust and selling it around the Stilwater University. 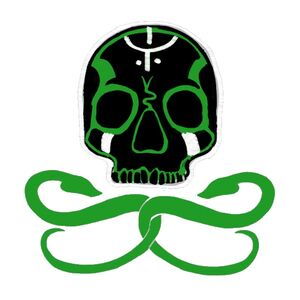 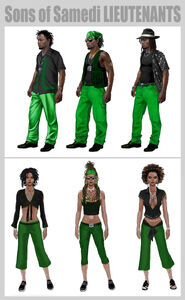 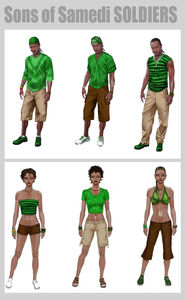 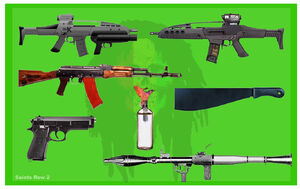 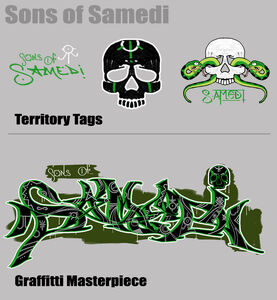 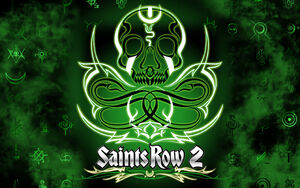 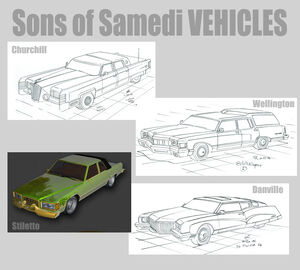 This article contains content derived from the "of Samedi Sons of Samedi" article on the Saints Row Wiki, licensed under CC-BY-SA.