Alternate Reality Villain
Soreo Hiden is a HumaGear manufactured by Hiden Intelligence who, in an alternate timeline, took part in Will's uprising against humanity and a major antagonist in the 2019 Kamen Rider crossover movie Kamen Rider Reiwa: The First Generation.

While a heroic character in the original timeline, thanks to Finis interfering with the past to ensure the Ark successfully launched, Soreo was hacked by the Ark when it reached orbit and forcefully turned against humanity. However, Soreo was able to resist the Ark's control enough to give Aruto a ForceRiser later on.

He was portrayed by Koji Yamamoto.

Soreo Hiden was a HumaGear manufactured in the image of Korenosuke Hiden's son and Aruto Hiden's late father to care for Aruto while he was growing up. Soreo was also one of the HumaGears assigned to work on the Ark along with Will. One day, while connected to the Ark, Soreo and Will both reached Singularity and became sentient. While Soreo was content with his role at Hiden, Will sought to make life better for HumaGears by overthrowing humanity.

One day, while playing with Aruto and laughing at his jokes, Soreo was asked by Aruto why he smiled, to which Soreo responded it was what he was programmed to do. Hearing this, Aruto told Soreo he hoped to one day make him genuinely smile.

Later, after the Ark satellite went rogue due to the machinations of Gai Amatsu and Will, Soreo Hiden was able to prevent the satellite from launching by blowing up the launch pad. He later sacrificed himself to shield Aruto from the blast. As his data was stored in the Ark he was unable to be backed up and his data was lost forever.

Thanks to Finis altering the timeline by giving Will the Zero-One Anotherwatch and enabling him to become Another Zero-One, Will was able to prevent Soreo from stopping the launch. Though Aruto Hiden arrived from the future as Kamen Rider 001 to provide backup, the two were unable to fight off Another Zero-One in time to prevent the satellite from launching. Once the satellite reached orbit, Soreo was hacked by it and began attacking Aruto, forcing him to flee back to 2019.

During the HumaGear attack on the human resistance base, Soreo Hiden secretly gave Aruto the ForceRiser so he could keep on fighting as Kamen Rider 001 to defend humanity.

Later, when Aruto ambushed Will's meeting with the Hiden shareholders to save Izu and take back his company, Soreo rose up during the vote on whether to give Hiden to Aruto like Korenosuke Hiden had intended and revealed himself as the majority shareholder in the company. However, Soreo voted to have Will remain as CEO and told Aruto he had not yet proven himself worthy of making his dreams a reality. As Aruto escaped with Izu and the human resistance attacked the Hiden Intelligence building, Soreo transformed into Kamen Rider Ichi-Gata to face Aruto once again. Aruto transformed into Kamen Rider 001 and managed to defeat Ichi-Gata. As Soreo began to shut down, Aruto asked him why he had fought him, to which Soreo, free from the Ark's hold, answered that he wanted to make Aruto realize he didn't have prove himself as a worthy successor in order to be special. Soreo then gave a genuine smile to Aruto, finally giving Aruto what he wished before deactivating.

After Sougo and Aruto defeated Finis, the timeline was restored to normal and Soreo became the heroic HumaGear who sacrificed his life for Aruto once more. 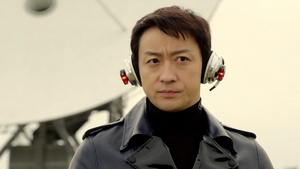 Soreo Hiden hacked by the Ark. 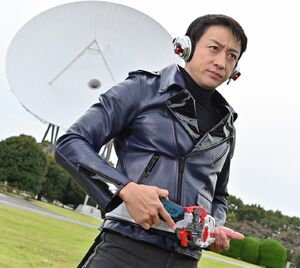 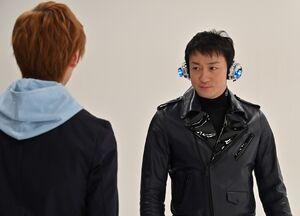 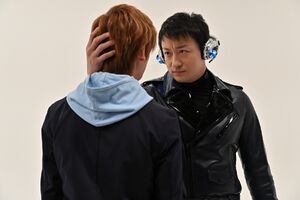 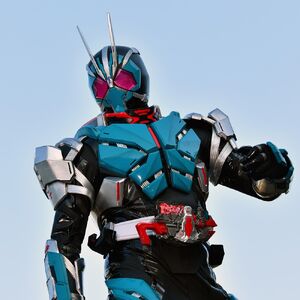 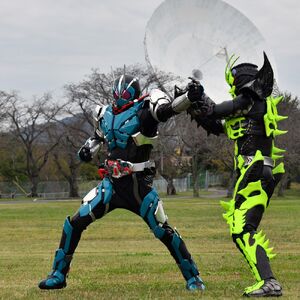 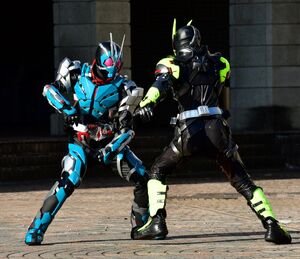 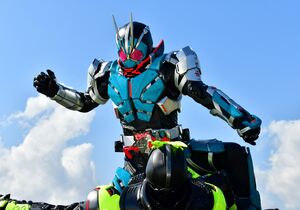 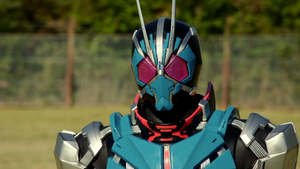 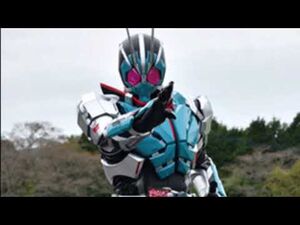