Head of the Soul Sanctum

Use soul to end the Infection.

Use soul to make himself immortal (both failed).

The Soul Master is a major antagonist and boss in Hollow Knight. He was once the leader of the Soul Sanctum, who tried to use the power of the soul to immortalize himself to live through the Infection, but was ultimately driven mad from misusing the substance.

When the Hollow Knight managed to seal away the Infection, everything seemed to return to normal. However, it did not last long for the Infection to find its way out of its sealed state. The Soul Master was inspired by prophetic dreams on a new way to use soul to avoid the Infection. Without the Pale King's advice, as he and his White Palace vanished following the Hollow Knight's sealed fate, the Soul Master and his followers took more drastic measures to obtain soul by conducting experiments on various bugs of Hallownest to deprive them of their soul, believing enough will grant them immortality from the Infection's wrath, although most of the members were cursed from the misuse of soul and turned into creatures known as Mistakes and Follies.

Despite the thoughts of the Soul Master and his students, soul was not strong enough to protect them from the plague and they became infected. By the time the Knight makes it to the Soul Sanctum in the City of Tears, they were too late, as the Infection had made it through the sanctum and corrupted each and every member of the facility, including the Soul Master himself, who faces the Knight at the end of the sanctum.

Due to all of the soul that Soul Master had obtained, he was a powerful foe for the Knight to handle, although the Knight managed to find a way to conduct and collect the soul, and used their power against the Soul Master, seemingly destroying him and exposing his soul. Before the Knight was able to collect it, the Soul Master managed to recreate himself through his exposed soul and continued his brawl against the Knight but was defeated yet again, this time for good. The Knight once again collects Soul Master's soul and obtains the Desolate Dive spell, allowing them to slam through the floors of the Soul Sanctum and continue on their quest.

Optionally, the Knight can return to the Soul Sanctum and use the Dream Nail on the Soul Master's corpse to enter the Dream Realm and fight the Soul Master's Dream Boss counterpart, the Soul Tyrant. He fights identically to the Soul Master, except his spells are casted faster, the shockwaves of his slams are taller, and his spinning attack summons six orbs instead of four. He is one of the six bosses that can be refought in the Dream Realm, the others being the False Knight, the Broken Vessel, the Dung Defender, Zote, and Grimm. Defeating the Soul Tyrant grants the Knight 300 Essence to their Dream Nail.

During his boss fight, the Soul Master's Dreamnail dialogue reflects on his arrogance of achieving immortality, boasting that while the Pale King falls, he will live forever. But during the Soul Tyrant's fight, his Dreamnail dialogue behaves more resilient such as questioning if the voice was ever there and if the souls collected brought him closer to the light. After defeating the Soul Tyrant, his ghost reveals he has grown remorseful of his previous actions and questions whether the light prophet in his dreams was really there. 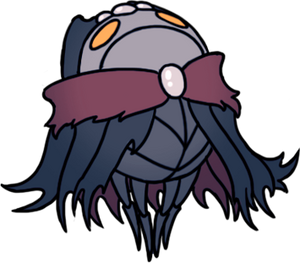 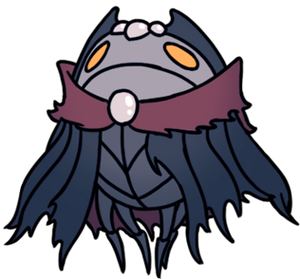 The Soul Master as seen in the Kickstarter trailer.
Add a photo to this gallery 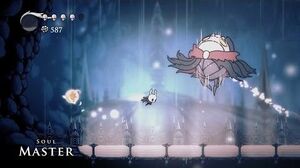 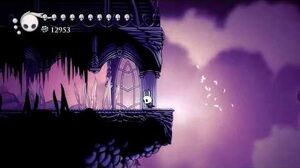 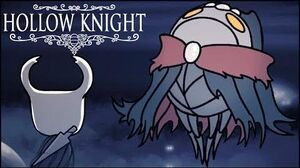 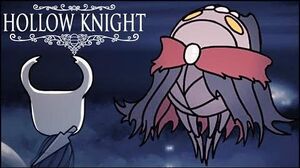 Retrieved from "https://villains.fandom.com/wiki/Soul_Master?oldid=4217717"
Community content is available under CC-BY-SA unless otherwise noted.