Cutting objects with his hands

Souther establishes himself as Holy Emperor (in Japanese: 聖 帝, Seitei) after Raoh's injury and becomes known as a cruel and heartless man, kidnapping children to build his Holy Cross Mausoleum. Souther was once a warm and loving child, adopted by the wise master of Nanto Hō-ōken, Ōgai. However, because of Nanto Hō-ōken's awful legacy (Nanto Hō-ōken is passed down from one master to one successor. To progress the lineage of Nanto Hō-ōken the apprentice must kill his master and assume his mantle), Ogai tricked Souther into killing him in order to be surpassed by his student. Souther was devastated by his master's death, and crushed his emotions with hate and cruelty.

Forsaking love, Souther became a hateful warlord, creating a ruthless army which captured and enslaved children to build a giant pyramid called the Holy Cross Memorial, a gigantic shrine that would serve both as a memorial to Ogai and a symbol of Souther's empire.

After meeting Shū, Kenshiro fights against Souther and loses horribly when Hokuto Shinken does not work on Souther's body.

After Shū's death, Kenshiro resolves to kill Souther as gruesomely as possible. But before he proceeded to fight the Nanto warlord, Kenshiro gets a chance to learn about Souther's past and why he discarded love. After vowing to defeat Souther in the name of love, he fights Souther again, learning from his brother Toki midway through the battle that Souther has dextrocardia with situs inversus totalis - his heart and major organs, along with his pressure points' positions are subsequently reversed from where a normal person's would be - and that this is the source of Souther's 'Emperor's Armor'. He defeats Souther with a merciful "Ujō Moshō Ha", much to his surprise. Despite his oppressive tyranny, he is shocked that Kenshiro displayed mercy towards him. Regaining his humanity and expressing remorse for his crimes, Souther is redeemed, and spends his final moments in tears. He dies in front of Ogai's shrine as the structure collapses. Watching this, Kenshiro commented that Souther, although he rejected love, he still possessed love deeper than anyone else.

Legends of the Dark King

In the movie Raō Den: Jun'ai no Shō and its novelization, Souther's redeeming qualities are absent.

Due to this, his death scene is different than in the manga or TV series; there is no reference to his sensei Ogai and his motive behind the pyramid is simply to express his hatred of love. Rather then embracing his sifu's body and expressing remorse, Souther commits suicide by stabbing himself with his fist, taunting Kenshiro that he will not die by Hokuto Shinken and expressing his hatred for compassion. 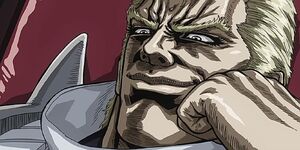 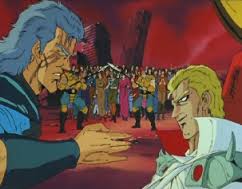 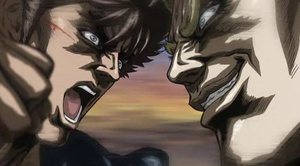 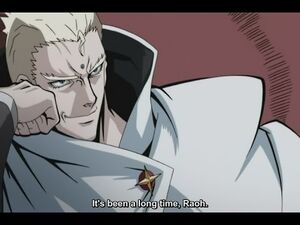 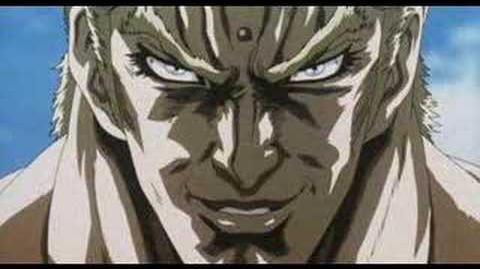 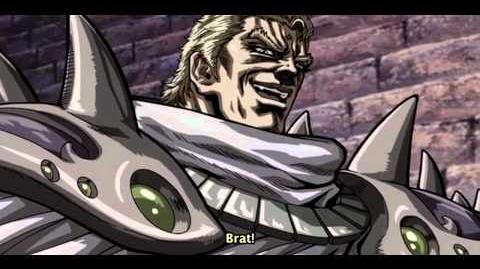 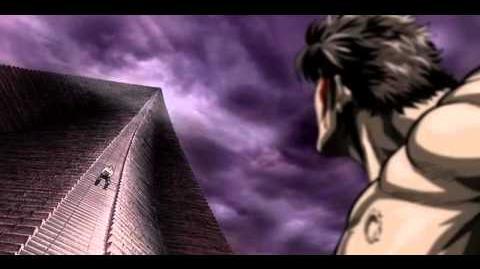 Retrieved from "https://villains.fandom.com/wiki/Souther?oldid=3337428"
Community content is available under CC-BY-SA unless otherwise noted.