Destroy the Southern Water Tribe by capturing or killing off its waterbenders (failed).

Created by Fire Lord Azulon, they were a Fire Nation Navy special forces unit with the purpose of destroying the civilization of the Southern Water Tribe and eradicating its waterbenders, to prevent hopes of resisting Fire Nation rule. They were responsible for conducting savage attacks primarily in the South Pole, but they also attacked the southern Earth Kingdom.

By the end of the Hundred Year War, attacks by the Southern Raiders have left the Southern Water Tribe in shambles, as a series of small and primitive villages with little to no contact with the outside world, or even their sister tribe. The Southern Raiders (as well as their former leader, Yon Rha) were responsible for the raid that killed Sokka and Katara's mother, and because of the Southern Raiders imprisoning Hama, bloodbending was invented.

The Southern Raiders attacked the Southern Water Tribe several years before the Avatar was discovered in his iceberg; they were searching for a rumored last waterbender, who, unknown to them, was an 8-year-old girl, Katara. During the said attack, their men created a diversion to attract the attention of the warriors, which allowed their commander, then Yon Rha, to interrogate Kya, the chief's wife, as to the waterbender's whereabouts. Kya lied and told him that she was the waterbender, protecting her daughter. The commander, unwilling to take her as a prisoner, killed her. This incident further deepened the Southern Water Tribe's hatred for the Fire Nation and prompted all of the warriors to leave the Tribe to help the Earth Kingdom win the War. It would also give Katara and Sokka the desire to help Avatar Aang once he awakened.

The Southern Raiders would eventually move their base to Whale Tail Island and appoint a new leader. They had a different helmet design than other Fire Nation soldiers, resembling a bird. The unit also possessed special ships that were smaller and faster than the traditional Fire Nation destroyers. The Raiders' warships were perfect for attacking coastal villages. Their smaller size and improved maneuverability allows the ships to pull up close to the shore and surprise the enemy.

The Southern Raiders were tracked down by Katara and Zuko in the final year of the War. They spotted the Southern Raiders' flagship near Whale Tail Island, after which Katara launched a vicious wave of attacks that left the Raiders defenseless. She then interrogated their leader, who she initially thought was Yon Rha until she realized that he was Yon Rha's replacement. However, the new commander was willing to tell Katara Yon Rha's location. Katara and Zuko manage to track down Yon Rha and confront him. Katara uses her waterbending to kill Yon Rha, but cannot bring herself to do it and calls him out for his crimes before leaving with Zuko. 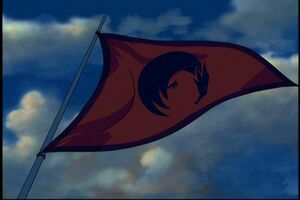 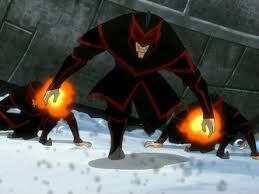 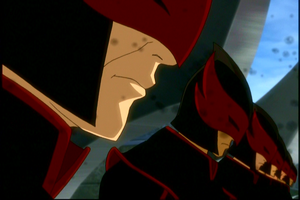