Achieve dominance over the other division.

The Red Jacks are commanded by an unseen criminal known as D-Ice. He does not participate in any of the Red Jacks' street activities. This is due to his parole hearing. Instead, his younger brother leads the activities.

Purples Nines consist of African-Americans wearing purple street clothes. Every member carries an Uzi or baseball bat. Like the Red Jacks, the Purple Nines drive customized vans that are also equipped with hydraulics.

The Purple Nines' leader is never seen or mentioned.

Two years later, a criminal known as Mike began to work for a street boss named Sorelli. As it turned out, Sorelli was affiliated with the Southside Hoods. He wanted revenge against Mike who accidentally killed Sorelli's men. To help Sorelli get his revenge, the Southside Hoods set an ambush designed for Mike. He managed to escape the attack in a car and had it resprayed to hide his identity.

In 2001, the Southside Hoods faced conflict. Half of the gang began to sell SPANK which was an illegal drug. The gang's other half was angered by the drug deals. Because of the anger, the gang split itself into different divisions: Red Jacks and Purple Nines. The Red Jacks were led by D-Ice who is a member of the gang. The Purple Nines were led by a mysterious person. 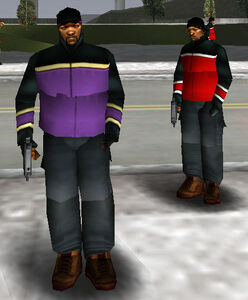 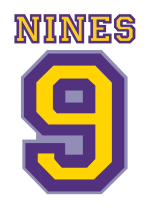 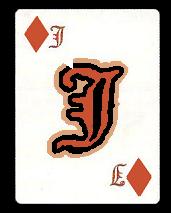