Enforce their dominion across the 88 Constellation Systems.

Dominate all of space.
Collect enough Planetium to destroy the entire universe.

Imperialists
The Space Shogunate Jark Matter are a vast interstellar empire controlling all 88 Constellation Systems and nearly all of space and the main antagonists of Uchu Sentai Kyuranger. They seek to collect the power of the planets, in the form of an element dubbed "Planetium", so that they can construct a bomb capable to destroy the entire universe.

300 years prior to the start of the series, the Jark Matter declared war on the Space Federation in an attempt to seize control of the entire universe. However, their invasion was opposed by the warriors of the 88 constellation systems, led by Tsurugi Ohtori.

The warriors eventually confronted the Shogun of the Jark Matter, Don Armage himself, but the Shogun managed to kill all but two of them, Tsurugi and his best friend Quervo. Tsurugi attempted an attack to destroy Don Armage that would drain his own immortality and thus kill him, but he was stopped by Quervo, who took a blow meant for Tsurugi.

Dominion of the Universe

However, a resistance soon rose to fight back against the Jark Matter in the form of the Uchu Sentai Kyurangers.

The Space Shogunate Jark Matter at some point allied themselves with Shocker. During the final battle, they sent down a Big Morimarz for Oogumo Great Leader to pilot.

Being themed after a feudal-Japanese shogunate, the Jark Matter are ruled by a Shogun. The Shogun communicates directly with the Karo and has the authority to punish them if they fail.

The Vice-Shoguns are the second-highest ranked officials of the Jark Matter, serving directly under Shogun Don Armage. Initially, the three Vice-Shoguns were Tecchu, Akanba and Kukuruger, but after their deaths at the hands of the Kyurangers, Don Armage opened the positions up to whichever Karos could destroy the Kyurangers.

The remains of the three original Vice-Shoguns were later gathered by Doctor Anton and fused into Akyachuga.

The Karo are high-ranked Jark Matter officials each tasked with overseeing one of the 88 Constellation systems. They essentially act like generals for the Jark Matter Shogunate. Each Karo has a Big Moraimars spaceship as their flagship and an Enlarge Inro which revives and enlarges them should they ever be destroyed.

Daikaan are Jark Matter officials that serve under Karos and govern planets under Jark Matter's rule. They each have a spaceship called a "Moraimarz" which is capable of draining a planet's Planetium and transforming into a Moraimarz Robo for combat. Similar to the Karos, Daikaan also have an Enlarge Inro which allows them to revive and enlarge if they are ever killed.

While most planets only have one Daikaan, Earth is governed by several Daikaans due to it having an as-of-yet unspecified role in Don Armage's plans.

Indavers are the basic footsoldiers of Jark Matter. They originate from a race called the Inda which was engineered by the Jark Matter to serve as basic grunts. There also exist stronger versions of the Indavers called Tsuyoindavers which possess greater combat skill and lead the Indavers into battle. 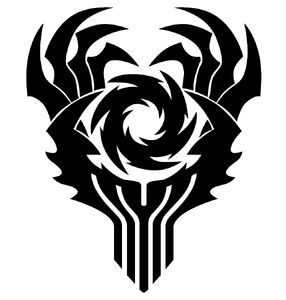 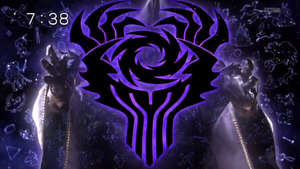