Spark Man (or Supākuman in Japan) is one of the eight Robot Masters and one of the main antagonists of the NES video game Mega Man 3 as well as the Gameboy game Mega Man III. He was designed after a Spark Plug, with his arms ending in electrodes, which channel his weapon, the Spark Shock. Dr. Light and Dr. Wily originally created Spark Man as a robot meant to generate electricity, although the latter kidnaped and reprogrammed him, turning Spark Man into a violent Robot Master.

Spark Man is one of the 8 Robot Masters that must be defeated in order for the player to reach Dr. Wily, where he can be encountered in a Power Plant level. In battle, his weakness is Shadow Man's Shadow Blade. Once Mega Man has defeated him, he will obtain Spark Man's Spark Shock.

Spark Man returns for another battle once the player reaches Dr. Wily's fortress. His weakness is once again the Shadow Blade, however, he is also vulnerable to his own Spark Shock. Once defeated for the second time, Spark Man does not return for the rest of the game.

Spark Man returns in the Gameboy game Mega Man III. He behaves just like he does in Mega Man 3 on NES, however, there is not Doc Robot or rematch. Because Spark Man never returns as a boss in any other canon Mega Man game after his defeat in Mega Man III on Gameboy, it is safe for one to assume that this is the game where Spark Man is defeated once and for all.

in Super Smash Bros. for Wii U and 3DS, one of the Mega Man's attacks is the Spark Shock, which Mega Man uses for his Up Smash, producing an electrode from his buster and stabbing upward with an electrical jolt, akin to what happens in Ruby-Spears. In Super Smash Bros. Ultimate, Spark Man appears as an advanced support spirit who increases attack and resistance to energy shots. His spirit battle is a stamina battle against four orange Mega Mans who favors using up special (Spark Shock) in the Midgar stage with an electrified floor.

Spark Man is first seen in Mega-Pinnocchio with a minor role. He is given a major role for the episode Cold Steel, where he impersonates the titular band's drummer. Spark Man retains his design from the games, except for the fact that Spark Man's mouth is now covered by his helmet and his armor is now orange. Mega Man first encounters Spark Man while he tries to figure out the mystery behind the people's disappearance (and assumes that Cold Steel might have something to do with the event). After Mega Man defeats him Gemini Man, and Gyro Man, he meets Cold Steel.

Mega Man later encounters the three robots posing as the band in the mountains. He gets into a fight with Spark Man and the other two, and then steals the Shock Spark from him and the Gyro Attack from Gyro Man. 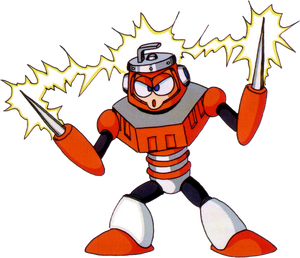 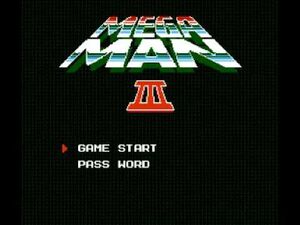