Eliminate all zombies and survivors in Willamette (succeeded).

Special Forces are major antagonists in the videogame Dead Rising, Dead Rising: Road to Fortune, and Dead Rising 3. They are a group of well-trained U.S. special ops soldiers that are led by the main antagonist, Brock Mason to kill every zombie and survivor in the Willamette Parkview Mall and later by General Hemlock.

Each Special Forces soldier is armed with a modified Colt M4A1 carbine assault rifle and well-geared with body armor and helmets. Whenever you kill a Special Force member you will get 5,000 PP. Killing 10 in one playthrough will get you the Legendary Soldier achievement.

Several Special Forces helicopters can be seen flying above burning buildings while Connie and Dakota were driving in the outskirts of town.

When Ed DeLuca and Frank West were flying into town, they observed a barricade at one of the bridges consisting of barbed wire, sandbags, cones among other items, manned by eight soldiers and an armored vehicle. Flying further into town, after witnessing strange happenings in the main street, several helicopters begin to chase the unauthorized charter helicopter.

On the fourth day, September 22, the Special Forces begin their raid on the mall 12 a.m. At the same time, two soldiers, an escort and his guard, are talking to Jessie McCarney, telling her that if she signs the Official Secrets Act and pretends she doesn't know about the incident she will be free to go. However, Jessie turns into a zombie, due to her previous infection by Dr. Russell Barnaby, and kills the soldiers. While the soldiers speak to Jessie, the other soldiers begin their clean-up operation, killing every zombie (and supposedly survivors, too, who have not fled to the Security Room) on sight until 10 a.m., when they leave the mall due to zombies continuing to pour in.

In Leisure Park is a helicopter that kills all of the zombies, while the soldiers work indoors. In addition to soldiers and a helicopter, Scout Bots help clear the mall of zombies, along with any survivors.

In the comic, John Kilduff and his special forces unit work alongside with Phenotrans to start the outbreak in Las Vegas.

The special forces unit are led by Hemlock to archive his goal for power.

Model of the Special Forces soldier. 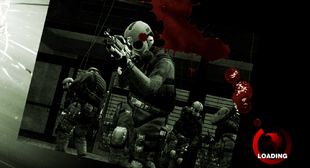 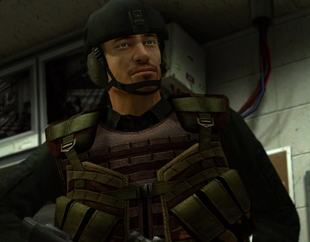 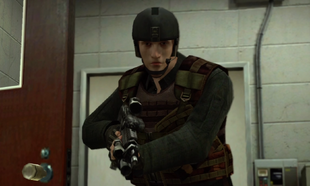 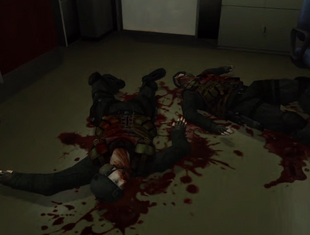 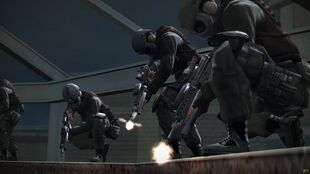 The Special Forces make their way in. 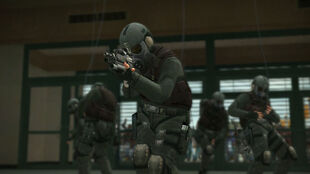 The Special Forces killing the Zombies. 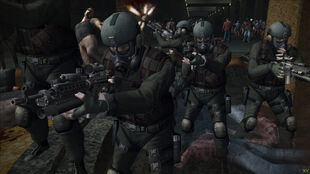 The Special Forces fighting the Zombies. 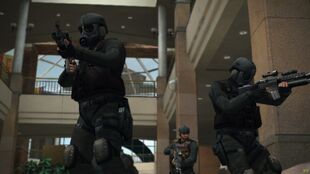 The Special Forces continuing the clean up. 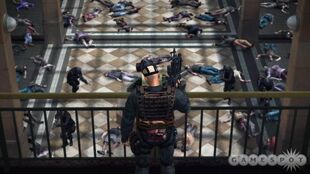 Brock watches over the clean up. 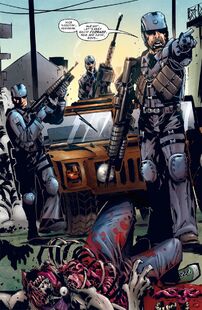 The Special Forces in the comic. 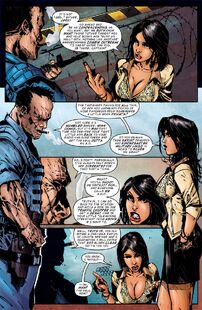 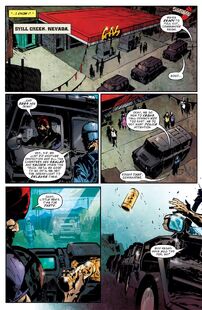 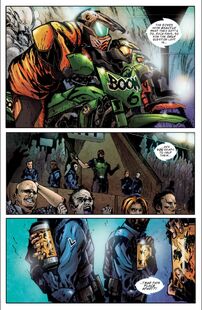 Singh and his unit releasing the Queens. 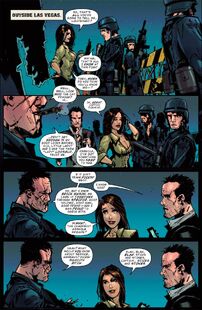 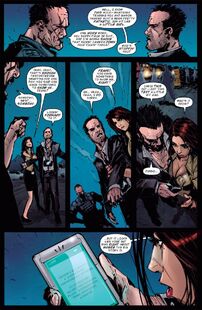 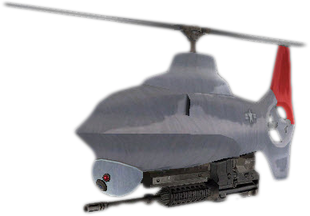 Model of the Special Forces drone. 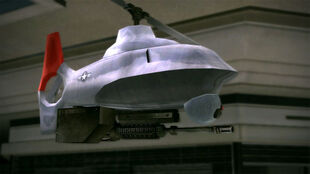 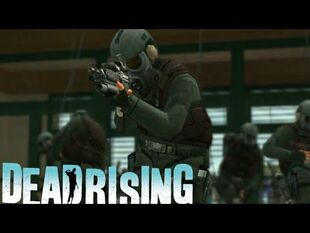 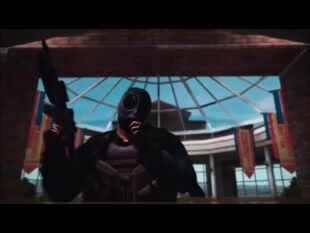 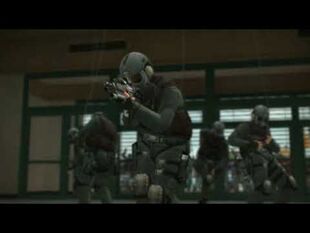 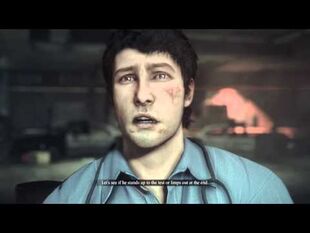