Villains Wiki
Register
Don't have an account?
Sign In
Advertisement
in: Date A Live Villains, Organizations, Manga Villains,
and 17 more

Protect the World from the Spirits.

Kill all of the Spirits.
Protect England from Spacequakes.

The Special Sorcery Service is the British equivalent of Japan Ground Self-Defense Force special forces, the Anti Spirit Team. They were mentioned first (and only) in the Spin-off manga series of Date A Live, Date AST Like.

The SSS was founded in after the first Spacequake on earth caused by the First Spirit, the idea of ​​the foundation of the SSS was a secret Military Organization to protect the continent of Europe from the Spirits, the SSS had the biggest military weapons of the season due to their intense training had few Wizards in their army, they were formed from some Wizards of Europe.

The organization is based in London. So far in the series 5 members were already named. The three Hijackers, Ashley Sinclair, Leonora Sears and Cecille O'Brien. Later on one of the world's top Wizards, Artemisia B. Ashcroft was revealed to be a member and also their ace member. She left them for join to Deus.Ex.Machina Industries, hoping to bring world peace through the company's immense technology. Lastly, Minerva Liddell, another member, said to be second to Artemishia in SSS, also joined D.E.M. 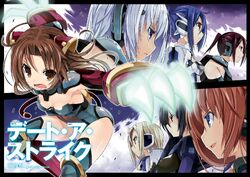 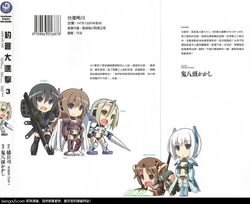