The Old Man
The Possessed One
The Mansion Within A Mansion

Host: Lurking in the mansion, searching for survivors.

Not let the player pass the room.

Specimen 12, also known as The Old Man (Host), the Possessed One (Host), and the Mansion Within A Mansion (Specimen) is the twelfth specimen and an antagonist from the 2014 indie video game Spooky's Jump Scare Mansion.

He was voiced by Vernon Shaw in the original version and Chris Serani in the HD Renovation.

Specimen 12 itself is an old, fancy mansion that includes a dining room, library, wine storage room, parlor, two bedrooms, and several rooms with broken doors, leaving them inaccessible and their contents unknown. Beneath the mansion is a basement that branches into two paths, one ending in a room containing countless human bones, and the other in a small room with a table and wardrobe.

Specimen 12's current host is a balding middle-aged man with black hair, brown eyes, and pale skin. He has a large nose and always appears to be smiling. He wears a tan trench coat, gray pants, and brown shoes. He carries a large sickle in his right hand at all times.

The host appears in Specimen 12 at Room 810. While the player is searching the mansion, on some occasions the player must hide because the host is getting inside into the room. It is impossible to run away from him when he is lurking.

The player must find a key to unlock other doors and escape his Mansion at the end. While in the Mansion, the host instantly kills the player. Once outside the mansion, his attacks become lower, meaning his attacks is much stronger in Specimen 12. If the player dies to the host, a close-up of his grinning face appears with distorted imagery in the back.

In the HD Mode, the Host has different quotes and he is a little bit faster. He can also do a charge attack. If attacked with the axe or sword, he will use his sickle to block the attack. 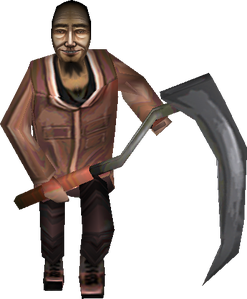 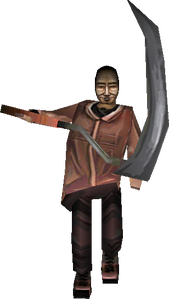 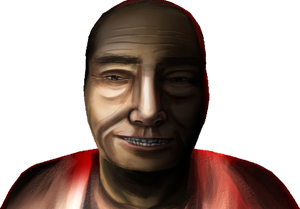 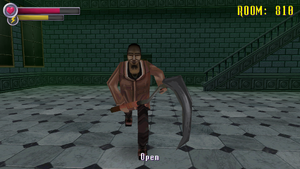 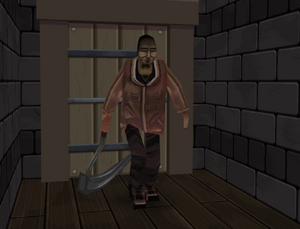