The Deer God
The Deer Lord

Murder the player because he is not a deer.

Specimen 8, also known as the Deer God, is the eighth specimen and a major antagonist from the 2014 indie video game Spooky's Jump Scare Mansion.

It was voiced by Jessie N.

Under Specimen 8, it appears that it is wearing a black coat around itself, while its rib bones are also seen with different human-like faces.

Before seeing Specimen 8, the player enters first a forest filled with small deer. The deer appear to be peaceful until the player approaches them. If so, the deer starts attacking the player. Once the player escapes the forest, they find a dark-greenish room with violin music playing in the background, as Specimen 8 appears starting to chase the player.

Specimen 8 can go through walls, while it starts saying numerous demonic words. If the player is close to Specimen 8, on the screen flashing images of it would appear. Once killed by Specimen 8, the player finds themselves zooming down a red dirt path until Specimen 8 appears and draws them into its cloak. Upon approaching it, a quote appears which says that Specimen 8's reason to kill the player was because he isn't one of the deer.

Specimen 8 now appears to be having a giant black ring surrounding it with particles below it. Also, the static effects have been changed in-game. During the death screen, the player is allowed to move around, but is not allowed to exit the game until they approach Specimen 8.

Either Specimen 4, Specimen 6, or Specimen 8 can be sacrificed to the Hellgate to shut it down. Its chase sequence consists of a corridor similar to where Specimen 8 was first encountered, with the only difference being windows that reveal a black forest. Violent Deer can be encountered during the chase. If killed by either Specimen 8 or the Violent Deer, Specimen 8's death sequence plays, only with a different poem at the end, which reads:

"And as I slept, and as I grew.
Something stirred, both root and sinew.
I cannot eat, nor can I starve.
A face on the great tree did I carve.
It spoke to me, it whispered things.
It demands more life, demands more rings." 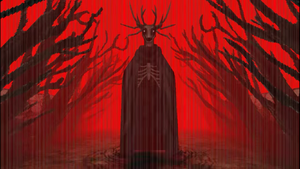 Specimen 8 in its interactable death screen. 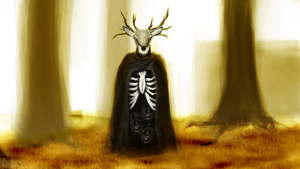 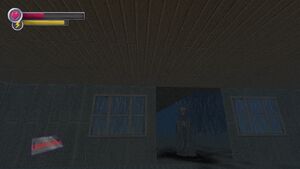 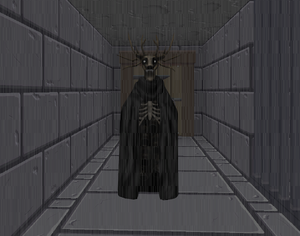 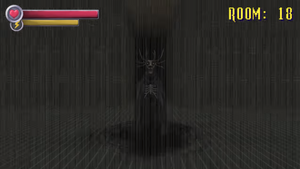 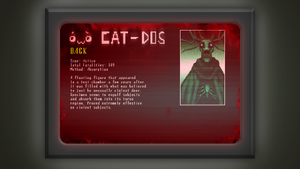 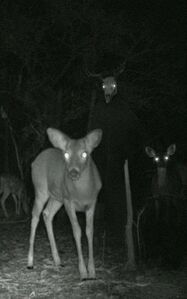 The Specimen 8 cursed photo made by JADEITOR.