Chasing and stalking the player

The Specimens are a collection of villainous humanoids-creatures-monsters by Spooky which appear in the videogame Spooky's Jump Scare Mansion.

According to some of the scattered notes found by the player over the course of the game, Spooky had amassed enough wealth to build the titular House of Jumpscares as well as many people including workers and scientists to do so. Over the course of containment of the Specimens, there were some accidents including one of the creatures escaping as stated from one of Generic Lab assistant's notes where the said person complained the issue to Spooky only for her gave him a cold shoulder.

At the start, Spooky appears greeting the player, wishing the player luck to survive her house. The first specimen player sees is Specimen 1, which will appear in the whole game. Specimen 1 cannot cause damage to the player, however, they are solid objects, meaning they can still stop the player if they run into them. When the player reaches room 60, they will find a puddle of dark greenish-blue goo, which slows the player, and a note. Upon reading the note, Specimen 2 will start to chase the player.

As the player escapes Specimen 2, in Room 120, the player must find a key-card to operate the locked door. Once unlocked, Specimen 3 will appear, starting its chase. Once escaped, the player will get to Room 165, a very dark empty school, where Specimen 4 starts her chase. At any time Specimen 2, 3 and 4 can always start chasing the player again. The player then gets to the Abandoned Factory at Room 210, in which they must escape to continue.

As the player escapes, Specimen 5 starts chasing the player, along with causing hallucinations that cause the walls, floor, and ceiling to change textures, move, and shift in appearance. The player ends up getting to the Zelda-esque Lair at Room 310, where the player will have to find two keys to progress. Upon entering the last room of the Temple, the player will see Specimen 6, who won't move until the player looks away from it, or until a certain amount of time has passed since it last moved. Then, at room 410, a small pinkish-white kitten appears giving the player a warning of what's coming up.

Once escaped, Specimen 10 appears in room 610, a lab, when the lighting is turned on. A giant worm creature appears, which opens to reveal Specimen 10, starting their chase of the player. Then, in room 710, Specimen 11 appears in a McDonalds-esque restaurant, where, when the player takes the keys to escape, a large red demon-like creature appears, starting its chase. 11 can make the doors in any room invisible, confusing the player

Endless Mode is exactly the same as the original, while all of the specimens can appear at any time and start chasing the player. In the Endless Mode, Unknown Specimens 1, 2, 3, 4, and 5 appear at random minutes trying to kill the player

HD Renovation is pretty much the same as the original, except the game itself is designed into a 3D Mode, and changes were created to the Specimens, giving them much more abilities than the original game itself.

Karamari Hospital is the continuation of the original Spooky's Jump Scare Mansion. As the title suggests, the player starts its quest in a Hospital. With Spooky greeting the player, bringing the player to the Hospital part of her Mansion. In the begging, the Hospital appears to be a usual hospital, until the player unlocks the door to goes down to the second floor.

Spooky's Dollhouse is the second and final DLC for Spooky's Jump Scare Mansion. The story reveals that after accidentally killing his daughter, Spooky's father established the GL Labs to build a hellgate to retrieve Spooky's soul. However, a malfunction occurred and unleashed demonic forces. The mansion was built to seal away the evil spirits. Either Specimen 4, 6, 8, or 11 can be chosen as a sacrifice to deactivate the hellgate. After putting Spooky to rest by deactivating the Seal Chamber, the GL Labs facility will self-destruct, with Specimen 1 and Unknown Specimen 3 attempting to block the player's escape on the Escape Tram. If the player reaches the Escape Tram in time, two different endings occur if the hellgate was sealed before deactivating the Seal Chamber or not.

At some occasions, minor enemies appear in-game as well, which do not create a lot of damage towards the player.

Specimen 1 takes the form of harmless various-entitles which would randomly appear in all Spooky's games. The specimen is just a picture of most of the time an adorable character which would just appear and scream towards the protagonist. It does not create any damage towards the player, yet it is just a jump-scare. The picture is random.

Class Shadows are the are as the title suggests: shadow-figures of male and female students appearing at room 165, in which Specimen 4 starts her chase. The shadows only appear when the protagonist uses a flashlight on them. If the protagonist touches them, the shadow will attack, causing them to lose their health.

W.A.M is a similar enemy as Howard is which only appears in the room 557. W.A.M is a black-tanned humanoid with appearing white eyes. When the protagonist turns on the record player in 557, the player would turn off by itself, and W.A.M would appear behind the protagonist and randomly disappear.

The Bosses Minions only appear in the battle between the protagonist and the Boss. The boss has an ability to spawn its minions which would slowly walk towards the protagonist, trying to damage it. As of yet, the minions still do not have their official name.

The Brain is a contained brain in a glass with fluid which appears randomly in a room. If the protagonist uses the axe twice to break the glass, the Brain would get out instantly turning to murder the player, killing them in one hit.

Carl is a minor villain which appears only in the Karamari Hospital. When the protagonist enters the toilet, there would be a door saying 'out of order' for a bathroom. While there's a blooded standing toilet which is visible towards the protagonist. If the protagonist touches the bloody toilet, he will be able to open the out of order doors in which Carl would get out from a toilet screaming at the player.

Carl is based on the famous Creepypasta villain Slender Man.

The Virus is also an only appearing minor in the Karamari Hospital. The virus is an obstacle that the protagonist must destroy to continue its quest of defeating the game. The player must use an acid bottle to destroy the virus. In New Game Plus, the sword can be used to destroy the virus immediately without having to use the acid bottle.

Nightmares are enemies in Spooky's Dollhouse, appearing in the maze corridors after sacrificing the doll to the Spirit Seal. They resemble red fleshy humanoids with military helmets wielding large anti-tank rifles attached to their abdomen. While they can damage the player, they cannot kill them. Using the rifle defeats them in one to three hits.

Clicky is a doll encountered in Spooky's Dollhouse with a hole in her head, who makes a clicking sound whenever she follows the player's movement. She can be seen clinging to the roof in the Northside Studies and under the metal flooring in the GL Labs. She never attacks the player. It is implied that Clicky is possessed by the spirit of a girl who was shot by her father.

The Secret Enemies are the noted Specimens which are possibly available in a future re-brand of the video game. In Spooky's Jump Scare Mansion, when the player opens the CAT-DOES from the room 900 and tries to access MODIFY_HOUSE_LAYOUT tab six times and then do the same at Specimen 9's entry, the player will be greeted with a secret menu which shows the entry for the Boss Mode of Specimen 9 and four new possible Specimens. Though all the four new Specimens have their own videos game, the menu may just possibly be a reference to the four, promoting them so the players could play their games as well. 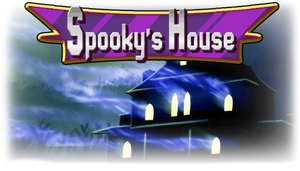 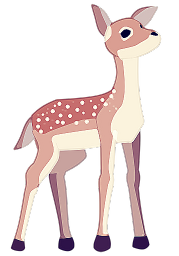 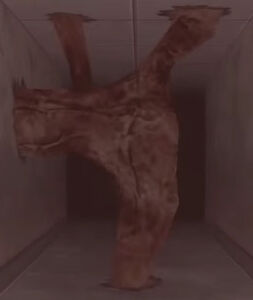 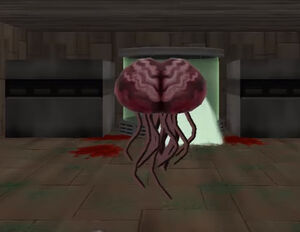 Retrieved from "https://villains.fandom.com/wiki/Specimens?oldid=4248012"
Community content is available under CC-BY-SA unless otherwise noted.