Security operative for the Umbrella Corporation

Protecting the secondary entrance to The Hive.

Being with Alice (formerly).

Steal a sample of the T-Virus and Escape (failed).

His actions make him directly responsible for the Hive outbreak in the first film. However, he was hired by Dr. Alexander Isaacs to start the outbreak.

He was portrayed by James Purefoy.

Before joining Umbrella's Security Division, Parks was an police officer for the Chicago Police Department, but abandoned his job the Umbrella Corporation after they offered him a better paycheck.

Parks was a security operative who stayed in the mansion in order to protect the identity of the Hive, a secret underground facility that deals with illegal chemical warfare. Working undercover, Spence and Alice were arranged in a fake marriage in order to protect their identities and avoid suspicion. Various flashbacks as experienced by both Alice and Spence reveal that the two were romantically involved and that Parks eventually became aware of Alice's plans to expose Umbrella with the help of Lisa Addison. Using this information, he was hired by Dr. Alexander Isaacs to steal a sample of the t-Virus and sell it on the black market in order to make a profit.

Before heading into the Hive, he left Alice a note that implied "All of her dreams would come true". He intentionally caused the t-Virus outbreak inside the Hive to cover the theft. His attempt to escape the Hive, However, was thwarted when the nerve gas that the Red Queen released rendered him unconscious and wiped his memory. When One and his commando team entered the Hive, they found him lying unconscious and, much like Alice, with no memory of himself or his past.

When he regains his memories, he betrays Alice, Matt Addison and Rain Ocampo; he mocks Alice's attempts to expose Umbrella to the world, believing that "nothing changes" for the better despite the efforts of people like herself and Matt. Alice rejected his plan to make her happy true refusing to take part in his plans.

Before he escapes, Spence is attacked and bitten from behind by a zombie. He quickly dispatched the zombie with gunfire and trapped his former allies in the lab. He headed back to the train, and retrieved the anti-virus from its hiding place on the train. As he proceeded to administer the anti-virus to himself, he was attacked by the Licker roaming the Hive.

Later on, after the others escaped the lab and reached the train, Alice found Spence's tattered corpse hanging on the side of the train. Upon reanimating, he crawled his way towards Alice. Alice struck him with an Axe and killed him for real. Afterward, she removed her wedding ring and dropped it beside Spence's remains. 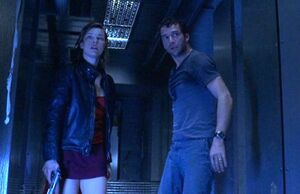 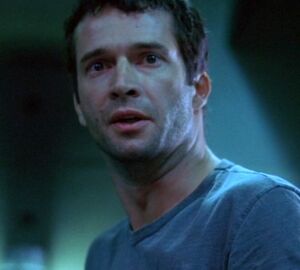 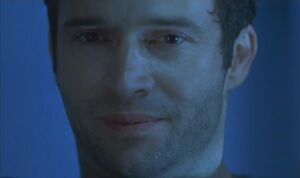 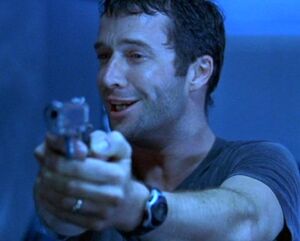 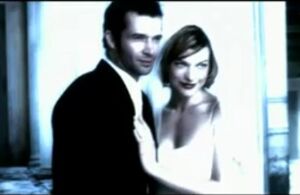 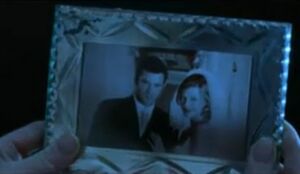 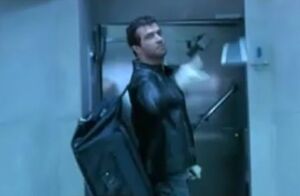 Spence throws a sample of T-Virus. 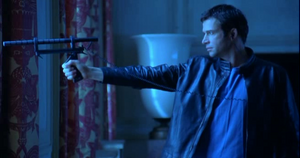 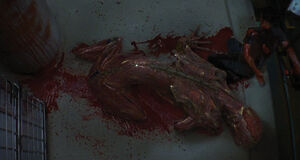 Spence's deceased body after getting killed by the monstrous Licker. 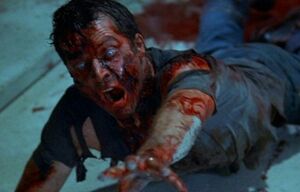