The Spetsnaz (Russian Спецназ - Подразделение Специального Назначения) is a elite counter terrorist faction that appear in the Call of Duty series, mainly appearing as either friendlies or enemies in the Modern Warfare series and the Black Ops series.

In Call of Duty 4, the Spetsnaz appear to be the allies of the Special Air Services and the United States Marine Corps, and are a member of the official Russian Armed Forces and allies of the Loyalists. Kamarov appears to lead a Spetsnaz team, and the Loyalists encountered in the game appear to be Spetsnaz soldiers. Though they appear to be a friendly faction in the campaign, it's never specifically stated so (leaving it ambiguous).

The Spetsnaz return as a antagonistic faction in Modern Warfare 2, as they are seen fighting with the Russian Army during the start of World War III. The Spetsnaz invade the United States after the airport massacre planned by Vladimir Makarov, who killed Joseph Allen to start the war. Task Force 141 and the U.S. Army Rangers fight Spetsnaz soldiers during the campaign, but don't appear toward the last act of the game, as Shadow Company become the main antagonistic faction.

In Modern Warfare 3, the Spetsnaz appear once again as antagonist faction, and fight alongside with VDV Airborne troops. In "Persona Non Granta", Makarov sends Spetsnaz soldiers to kill Captain Price, Captain MacTavish, and the Loyalists in India. The Spetsnaz presumably battled against the United States Military during World War III, but stopped due to negations between Russian President Boris Vorshevsky and the American President.

Spetsnaz also appear in Spec Ops Survival in late waves, battling the player until they succeed in killing them. The Spetsnaz also show themselves to be tactical and agile, often diving from cover and attempting to sneak up on players.

In "Executive Order", CIA operatives Alex Mason, Frank Woods, Joseph Bowman, Brooks and Russian defector Grigori Weaver were tasked with aborting the space launch in the Soviet cosmodrome. Colonel Lev Kravchenko captured Weaver, leading to Mason and the group to disguise themselves as Spetsnaz to get to his location. Being made, Mason and the group battle Russian soldiers, and mange to save Weaver before he could be executed. The group later stopped the space launch by using a rocket launcher, and enter the tunnels to evade the fallen debris. Mason and the group battle more Spetsnaz, and attempt to find and kill Kravchenko's commander, General Nikita Dragovich.

In "Numbers", the Spetsnaz were sent to eliminate Dr. Daniel Clarke to prevent him from revealing information on Nova 6 to the CIA. Agents Jason Hudson and Weaver attempt to get Dr. Clarke out of Kowloon, but he is assassinated by a Spetsnaz sniper. Despite the setback, Hudson was able to get information from Clarke on Dr. Friedrich Steiner, who created Nova 6 and is located on Mount Yamantau. In "WMD", Spetsnaz are seen guarding the whole facility, where Hudson and the CIA fail to capture Steiner, who wants safety upon exchanging on how to stop Dragovich's broadcast.

In "Payback", the Spetsnaz Operative attempts to force Mason and Bowman into playing Russian roulette, but kills Bowman for his resistance. The operative was later forced to run when Mason and Woods managed to kill Viet Cong soldiers, and they kill him before he could warn the others. 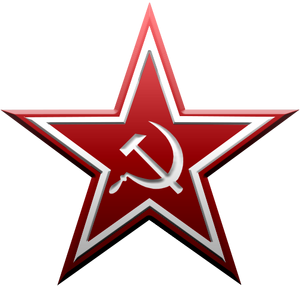