Entertainer of the Broodals

Spewart is a minor antagonist in Super Mario Odyssey. He is a member of Broodals, and functions as the Entertainer. Spewart is fought in the Wooded Kingdom, Luncheon Kingdom, Bowser's Kingdom and Dark Side.

He was voiced by Tsuguo Mogami.

Spewart is wearing a blue suit, black shorts, a white cravat tie and a blue hat with a golden spiked-ring. He is physically similar to Morton Koopa Jr., his hair style resembles the hair style of Ludwig Von Koopa.

Spewart appears to be The Broodals' entertainer, he is strong but not the smartest. The Dark Side brochure says that he has an artistic side, (his venom has no pattern though). It also shows his nature as the least subtle of The Broodals.

Spewart and the other Broodals traveled through the world and stole things to help Bowser prepare his wedding with Princess Peach in Super Mario Odyssey. Spewart is one of the bosses in both Wooded Kingdom and Luncheon Kingdom, every time he spits venom into a circle which surrounds himself. To defeat him, Mario must throw Cappy both to clean the venom he spits and to take off his hat, so that he can jump on his head. After this, Spewart will hide inside his hat and starts rolling around the stage while leaving a trace of venom in his path. After being stomped on three times in the same way, he will be defeated. In Bowser's Kingdom, Spewart and the other Broodals drove RoboBrood to battle Mario. He is last seen with the other Broodals in Dark Side refighting Mario one by one and driving RoboBrood for the second time in Dark Side. 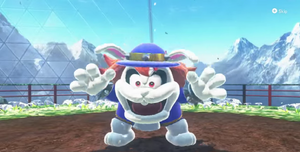 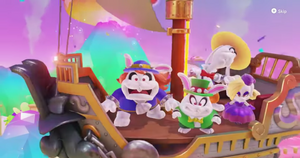 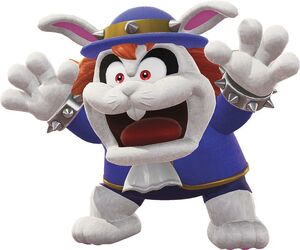 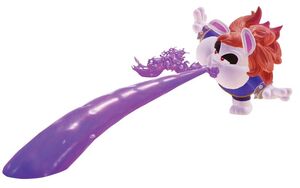 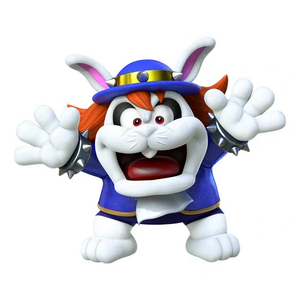 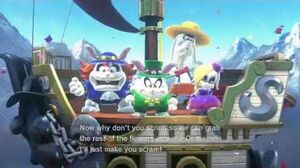 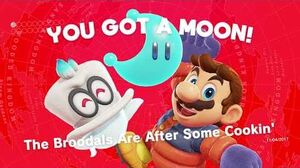