Mythic Monsters
Sphinxes are creatures originating from many forms of mythology, including ancient Egyptian, Grecian, and South Asian.

Ancient Egyptian sphinxes were often portrayed as giants having the body of a lion and the face of a man. These sphinxes possessed enormous strength and durability, and often guarded great treasures or lands of vast wealth. Despite being firm and dangerous protectors that would kill those who had trespassed or attacked, Egyptian sphinxes were often portrayed as honorable and benevolent beings by those they protected.

The most famous of these sphinxes is the Great Sphinx of Giza, who guards the pyramids and is believed to bear the likeness of the pharaoh Khafra.

Anciet Grecian mythology portrayed sphinxes as having the body of a lioness, the face of a woman, and the wings of an eagle, and a snake for a tail (similar to a chimera). These sphinxes were portrayed as far more malevolent and violent than their Egyptian counterparts, being guardians that sadistically killed those who could not answer their riddles by strangling victims to death and devouring them. The riddles that the sphinxes asked varied, but were often confusing and difficult.

A deadly sphinx by the name of Phix appeared in the myth of Oedipus, and was portrayed as a demon of bad luck and destruction that attacked the city of Thebes.

Sphinxes from Asian and South Asia, often referred to as "man-beasts" or "man-cats", were inspired by the Grecian and Egyptian myths before, and were portrayed the most positively of the various mythologies, being portrayed as apotropaic. These sphinxes warded off evil and cleansed mortals of sins, as well as served as protectors of humans, especially newborns. 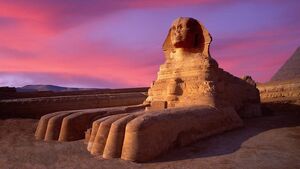 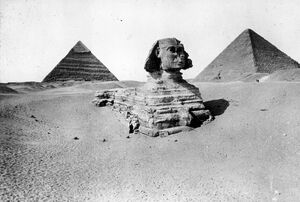 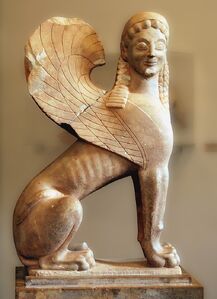 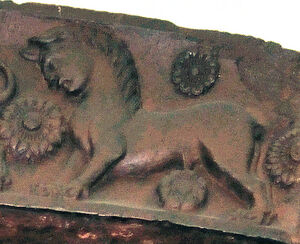 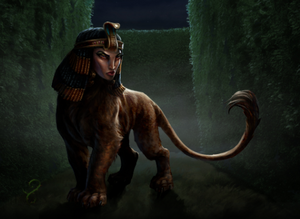 A sphinx in the Harry Potter universe. 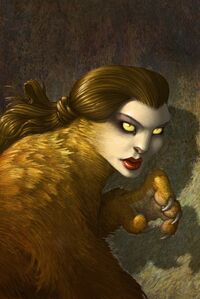 A sphinx from the Percy Jackson franchise. 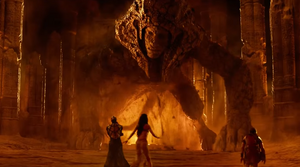