Assimilate all life and matter in the universe into Gransphire to make the perfect universe.

Sphire first appeared when the ZERO Training Squad were doing their first space training, where Asuka got the highest score and managed to mark Kariya and Ryo. The balls then proceed to attack the small automatic pilot station and then driven away. However, they shot down Asuka's GUTS Wing 1 and asked Asuka to meet a mysterious light while in space.

While the Spheres began attacking the Mars Base TPC, they merged with the Martian minerals that make up Darambia and made their way towards the base until a new Ultra later named Dyna appeared and fought Darambia. Then, the Ultra powers and the Super GUTS battled them until there was one left, merged with Giralen and headed for the Super GUTS base until the Ultra defeated him with his Revolium Wave.

The Spheres, however, were absent during a series break until they returned in episode 35 and near the end of the series where they would be in charge of the creation of synthetic beasts such as Gaigareid, Geomos, Graikis, and finally Zelganoid after joining the TPC-made Ultra, Terranoid.

After the Zelganoid was destroyed, the Spheres went to join their sister and the Gransphere was formed while eating Pluto. Meanwhile, Super GUTS develops the (Battle Against Spheres (BAS) Campaign) and Ryo flies Asuka home after finding her rescued by Daigo Madoka. During the battle on Saturn, the weapon: Neo-Maxima Cannon, was used to destroy the strongest monster of the Gransphere: Neo Gaigeried. However, that cannon wasn't strong enough to kill Gransphere and Saturn became extinct. The final attempt is made to kill the Gransphere on Mars. After the battle, the Gransphere is destroyed. However, Gransphire's death would bring a wormhole from the gap between dimensions into existence. After Dyna is sucked into it, the victim is released and another wormhole opens, leading to the Land of Light.

In the sequence of events between Ultraman Dyna and Ultraman Saga, the Gransphere was destroyed However, some of the Spheres that survived were there and attacked the Mars Base TPC again like they had done in Dyna's first episode, only to be driven out by Super GUTS. However, during the raid, some were captured by the Alien Bat and then fed to the growing Hyper Zetton, Hyper Zetton (Gigant), in somewhat gruesome form; got Gigant Zetton's spikes through the Spheres completely before pulling them out to feed.

In the final battle between Hyper Zetton and Ultraman Saga, the former summoned several Spheres from his body and used them to awaken the modified monster created by Alien Bat. 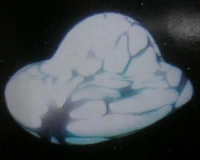 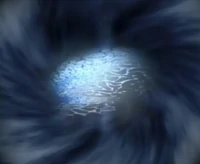 Retrieved from "https://villains.fandom.com/wiki/Sphire?oldid=4209407"
Community content is available under CC-BY-SA unless otherwise noted.