The Spider-Slayers are a villainous series of killer robots from Marvel Comics. They were created specifically to hunt and kill Spider-Man. Spider-Slayers made their debut in 1965.

The original Spider-Slayers were made by robotics expert and scientist Spencer Smythe, who was funded by J. Jonah Jameson. Smythe's first few models were clunky, yet dangerous humanoid robots that had various functions designed to stop Spider-Man's powers. These were all easily defeated by the resourceful web-slinger, and Smythe continued to make newer and more improved versions, these having an insectoid-type shape to keep up with Spider-Man.

After Spencer died from radiation poisoning, his son Alistair took the reigns and sought revenge on Spider-Man. His versions of the Spider-Slayers were powerful, terrifying monster-robots that gave Spidey a real challenge. There have been many versions of them over the years. 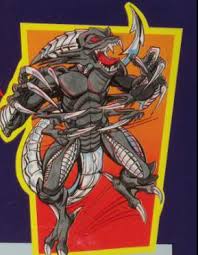 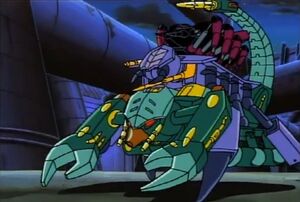 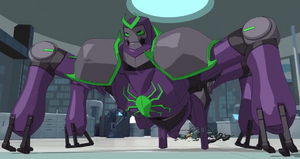 Retrieved from "https://villains.fandom.com/wiki/Spider-Slayers?oldid=3862792"
Community content is available under CC-BY-SA unless otherwise noted.