Carrying out missions for Shocker.

Abduct Takeshi Hongo and bring him to Shocker.

Recapture Takeshi Hongo when he escapes.

Monster
Spider Man is the first kaijin of the Shocker organization to appear and an antagonist in the original 1971 Kamen Rider series, appearing in the first episode.

While Takeshi Hongo was practicing with Tobei Tachibana for the motorcycle Grand Prix, Spider Man and a team of Shocker Combatmen appeared to kidnap Hongo so he could be converted into a cyborg supersoldier for Shocker. After the Combatmen knocked Hongo off his bike, Spider Man abducted Takeshi Hongo and brought him to Shocker to go through the process of being converted into the first Kamen Rider. However, Takeshi Hongo escaped along with ex-Shocker scientist Professor Midorikawa and Spider Man was sent to track them both down.

He killed Midorikawa and pinned his death on Hongo before abducting the professor's daughter Ruriko. After being chased down by Takeshi Hongo as Kamen Rider, he was killed by Kamen Rider 1 with his Rider Kick.

Spider Man later reappeared as a part of the Revived Kaijin Army assembled to assist Tokageron in battling Kamen Rider. In the ensuing fight between the kaijins and Kamen Rider, Spider Man was destroyed again inadvertently by Tokageron's special bomb.

Spider Man was later revived as Space Spider Man and a commander of the Space Shocker organization. He attempted to capture Psycholon so he could be used for Space Shocker's domination of the universe. He was destroyed by Kamen Rider Fourze and Inazuman. 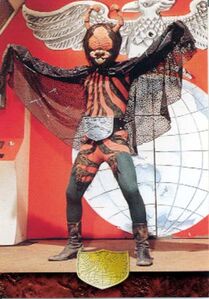 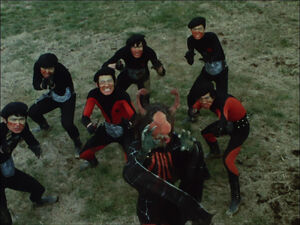 Spider Man with a team of Shocker Combatants. 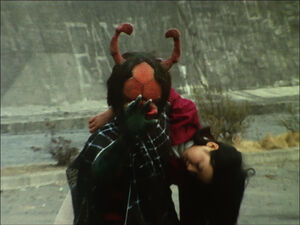 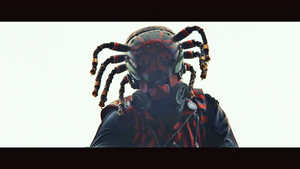