Kill the humans and drink a liquid mixture of human blood from cotton candy cocoons (failed).

Spikey (or just Spike) is one of the main antagonists of the 1988 sci-fi-horror-comedy film Killer Klowns from Outer Space. He is a Killer Klown with spiked reddish-pink hair and has very squinted, small eyes. He is the third Klown to appear on screen.

Spikey was first seen coming out of the circus-tent spaceship with Rudy, then made a balloon pooch to go hunt down Mike and Debbie to follow them, but he and Rudy were knocked down when Mike drove backwards with his car.

Spike was then entertaining a teenage man with a puppet show. The show was that a male was wanting to kiss a female who didn't want him to, so she took out a gun and killed him. When the man laughed, Spike stood up and took out his cotton candy gun to kill the teenage man inside cotton candy, then laughed evilly.

Spike was seen again trying to catch Mike and Debbie and Officer Hansen when they infiltrated the Big Top, but was unsuccessful when he was blocked by a closed door. Spike then came in trying to collect the three humans standing on a stack of blocks up until the Terenzi Brothers came in and petrified the Klowns with orders from the fake clown head of Jojo the Klownzilla. Spike was seen leaving when Klownzilla had come and looked twice to see that his real leader was arriving. Spike dies when Klownzilla blows up, destroying the spaceship on the sky. 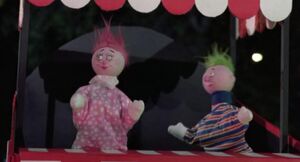 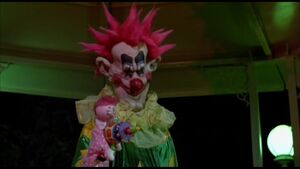 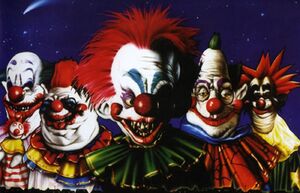 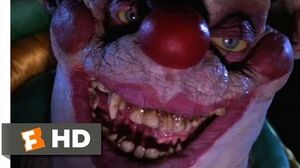 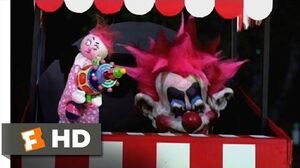