The Skiver, also known as Spiral Pegacion in Japan, is an unwitting minor antagonist in Mega Man X5. He is one of the eight pre-fortress Maverick bosses.

In the Mega Man X Legacy Collection 2 re-release, his name was changed into a direct translation of his Japanese name, leading to him being known as Spiral Pegasus.

The Skiver wields the Wing Spiral. His weakness is the Dark Hold, which can stop him dead in his tracks. It doesn't actually hurt him in the sense of draining his stamina. However, he can still be attacked before he breaks free, which happens either when X ends the Dark Hold or runs out of battery for it.

Spiral Pegacion, aka "The Skiver", is the last surviving member of the Repliforce, whose leaders the Colonel and the General died in the events of Mega Man X4. He shows a somewhat little respect for Zero as a hunter but wants to kill X to avenge the General, (but only if he becomes infected). Before being infected with the Sigma Virus, Spiral wants to challenge either X or Zero as his final battle before succumbing to the virus in his systems.

If Zero fights him when the latter truly goes Maverick, Spiral will mention Iris (Colonel's sister in Mega Man X4) in his pre-battle dialogue and will try to avenge her death. The Skiver´s flight and attack moves are very similar to the ones used by Storm Eagle in the original Mega Man X: Spiral flies up and down and both left and right throughout his arena, trying to knock down either X or Zero from the small platform they are fighting on (which in the stage the Skiver lurks in is an airplane and in Sigma's Fortress is a nondescript solid platform).

He can also "summon" tornadoes by using his signature attack called Wing Spiral. 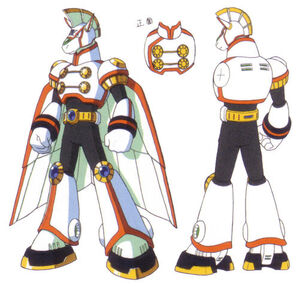