The Call of the Wild

Kill Buck before he tries to stop him.

Remain top dog of the sled team (both failed).

Spitz is the main antagonist of Jack London's 1903 short adventure novel The Call of the Wild, and the secondary antagonist of the 1972 adaptation of the same name. He is Buck's arch-rival and the oppressive leader of Francois and Perrault's dog team.

He was portrayed by Kino in Call of the Wild: Dog of the Yukon.

Going to the Yukon

He accompanied a geological survey to the Canadian Barrens after being brought by a whaling captain from Spitsburgen and had a long history of leadership. When Buck and Curly were bought by Francois and Perrault, they were taken to the Narwhal ship to the Yukon, where they are introduced to Spitz and Dave. Spitz acted friendly towards Buck, but in a wicked way. He sneered at Buck and stole his meal. As Buck chased after him to punish him, he received a whip from Francois and Buck recovered his meal.

When the ship finally arrived at the Yea beach, Curly tried to make friends with a wild husky. This was a fatal mistake however, as she was unaware of the law of the fang, when the husky tore off her face. Several other huskies came and viciously attacked her. Francois came to her aid as Spitz sadistically laughs at her. After her death, Spitz laughed again and Buck became his archnemesis, because he hated the fact that he laughed at his friend's fate.  When two brothers named Billie and Joe were joined, Spitz began to attack the good-natured Billie as he tries to make friends with him and the sour Joe intervenes. An older and more aggressive dog named Sol-leks was also bought and surprisingly hated being approached by his blind side that even Spitz left him alone. Spitz treated his team cruelly and Buck was the only dog who could defeat him. Buck, as a dog from the Southland, was viewed by Spitz as a threat to his leadership.

One day, Spitz steals Buck's nest and they begin to fight to the death until Francois and Perrault break them up. Soon, another wild husky attack occurred and the team fought for their lives. Buck tries to help them, but Spitz attacks him in an attempt to prevent him from intefering until the attack ended. Shortly after the attack, one of the dogs named Dolly contracted rabies and began chasing Buck until Francois put her out of her misery. As Buck heavilly gasps for air, Spitz took the opportunity to ambush him in an attempt to tear him to shreds until he received a painful whip from Francois. The two mailers were aware that the fight to the death was inevitable and Francois began betting on Buck to be the new leader, while Perrault betted on Spitz.

While many of the other Southland dogs didn't have the strength to stand up to Spitz, Buck had the courage to take him down. Buck and Spitz were aware that the fight for leadership would come and the other dogs began to challenge his authority. When Pike was missing, Spitz viciously searched the camp, while Pike hid in fear. When Spitz found him, he attempted to punish him, but Buck intervened and knocked him to the ground. Francois attempted to break up the fight, to no avail. Francois whipped Buck, while Spitz attacked Pike. When the team headed for Dawson, the dogs' rebellion against Spitz began to increase. Upon arrival, Buck met a large number of police dogs and they followed him. The entire team began to rebel against Spitz, only for him to punish them.

When Spitz causes the chase of the rabbit to come to a halt, and the rabbit is ripped apart and eaten, Buck knows that it is time for the final battle for mastery with Spitz. At first, Buck is severely wounded and bleeding from many cuts all over his body, while Spitz is untouched. The fight gets desperate and a few minutes later, Buck eventually fake charges Spitz to the shoulder and manages to break his fore legs, leaving Spitz helpless and trying to drive away impending death by snarling and bristling. But Buck injures him even more, leaving the remainder of poor Spitz to be torn apart by the other dogs who watched and waited all around them. That is the last Buck saw of Spitz as he vanishes from sight under the mass of the sled dogs. Buck rejoices over his victory and claims leadership the following day.

Spitz is shown to be a very manipulative, jealous, heartless, ruthless, greedy, quarrelsome, scheming, sadistic, sociopathic and callous dog who enjoys terrorizing Buck and oppressing his team. After watching Curly getting mauled to death by a pack of huskies, he took pleasure in watching her die and laughed at her fate, which made Buck to be his archnemesis. He is shown to be very cruel and pugilistic (meaning that he will start a fight with anyone if they so much as accidentally breathe on him). It is stated that he rules his pack like a tyrant and Buck is the only dog who could stand up to him. Due to Buck being a dog from the Southland, he believes that him adapting in the Northland would become a threat to his leadership. He despises other dogs with soft personalities and attempted to prevent Buck from interfering with the last jusky attack in order to show his dominance, showing that he is willing to let his team get killed. Despite his aggressive nature, he does have at least some sense of respect as he is willing to leave Sol-leks alone and not approach his blind side. 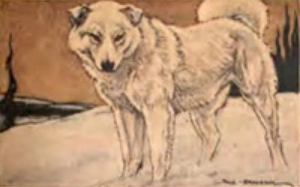 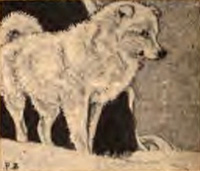 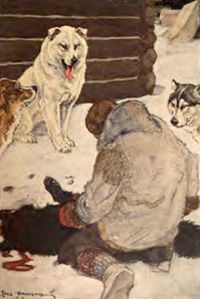 Buck and Spitz chasing after the rabbit. 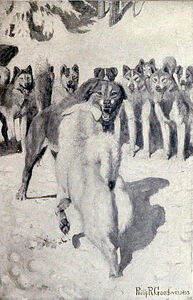 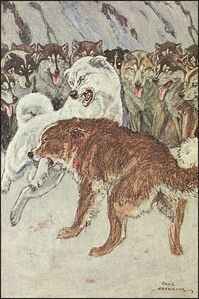 Spitz's death.
Add a photo to this gallery 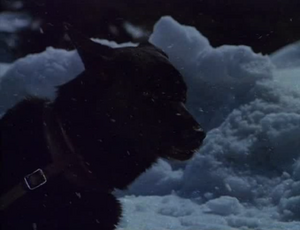 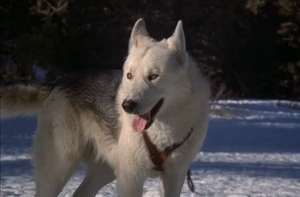 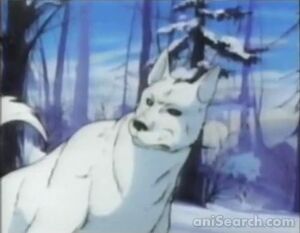 Spitz in Call of the Wild: Howl Buck. 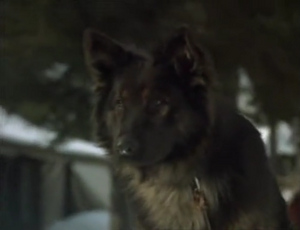 Spitz in Call of the Wild: Dog of the Yukon. 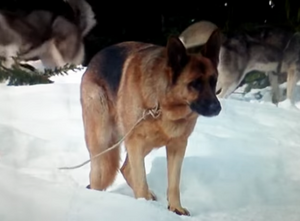 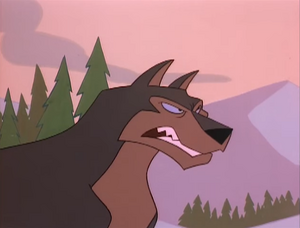 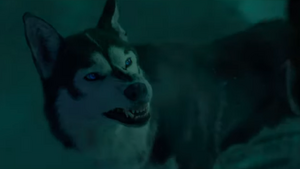 Spitz in the 2020 film.
Add a photo to this gallery

Retrieved from "https://villains.fandom.com/wiki/Spitz?oldid=3569287"
Community content is available under CC-BY-SA unless otherwise noted.