Villains Wiki
Register
Don't have an account?
Sign In
Advertisement
in: Scooby-Doo Villains, Demon, Servant of Hero,
and 27 more

Serve Scrappy-Doo and take over Spooky Island along with the world (failed).

The Demons of Spooky Island are the central antagonists of the 2002 live-action film Scooby-Doo.

They are an ancient race of creatures who once inhabited an island that would later become a theme park known as Spooky Island, but soon came under the control of Scrappy-Doo through the Daemon Ritus as he planned to use the monsters in order to conquer the world and get revenge on his former friends Mystery Incorporated for abandoning him. The Demons also have a weakness which include getting disintegrated when exposed to sunlight and used human bodies as suits for protection while possessing them.

Their vocal sound effects were provided by Jess Harnell and Frank Welker.

The Demons are an ancient race of creatures that once populated an island which would then somehow become Spooky Island created by its owner and creator Emile Mondavarious hundreds of years later.

Several years later after being abandoned by his former friends Mystery, Inc., Scrappy-Doo went to Spooky Island and abducted Mondavarious before locking him up in a hole. Corrupted by the power of a pyramid-shaped artifact known as the Daemon Ritus, Scrappy took control of the Demons to conquer the world then built a mechanical version of Mondavarious and impersonated him with it before arranging for Mystery Inc. to be brought to Spooky Island.

However, Mystery Inc. later discovered the Demons' weakness in which they used a skeleton head disco ball to reflect sunlight, destroying all the Demons after the human souls returned to their owner's correct bodies upon popping out. Scrappy was defeated shortly after.

The Demons stand about twice as tall as a normal human in which they have an extremely lean and emaciated appearance which contrasts with their great physical strength. Their skin is purplish-red in color while their eyes are bright green. They have dog-like faces, digitigrade legs, five-fingered hands equipped with large claws, a mouth filled with sharp teeth, black spots, three pairs of short horns adorning the head and a pair of very long rabbit-like ears.

The Demons were quite resilient, able to take punishment without much complaint. The most notable aspect of these creatures is their extreme vulnerability to sunlight, which causes their bodies to disintegrate in mere seconds. For this reason, they can only safely operate at night. They also have a green, smoke-like breath that could knock out victims for possession. However, it's possible for them to counter this weakness due to their ability to possess the bodies of other creatures, such as humans, thus allowing them to withstand the sun. They use a magical device known as the Daemon Ritus to extract the protoplasmic spirits from their potential hosts' bodies so that the Demons can possess them, as they cannot do so otherwise.

When a Demon possesses someone, the host's body will display the same powers that the Demon had in its original form, such as superhuman strength and jumping ability. If the host's protoplasmic spirit manages to return to the body, the Demon will be forcefully expelled and materialize in its original shape in from of its former host. This can be very bad for the creature if it happens during the day, as it might find itself directly under the sun with no means of protection.

Like any monster, the Demons were easily duped and used brute strength to get things done. They served Scrappy-Doo loyally, even attending training sessions on learning how to behave like a teenager (with out-of-date lingo). They didn't attack any of the employees allied with Scrappy, showing they know who's really on their side. 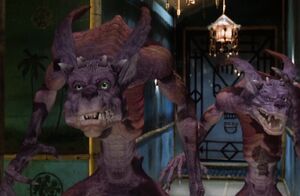 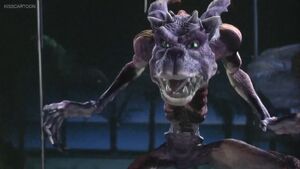 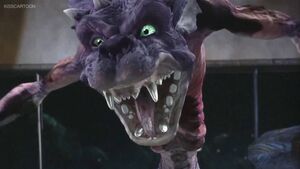 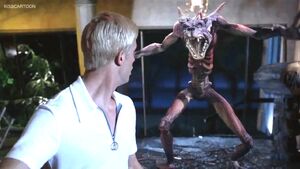 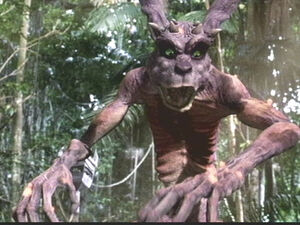 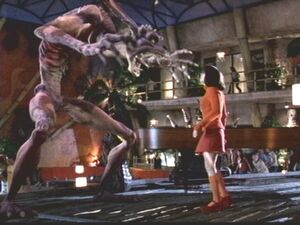 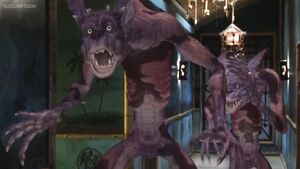 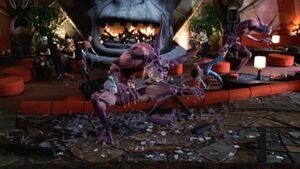 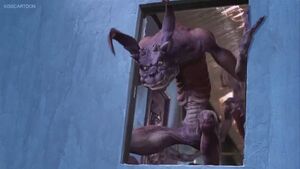 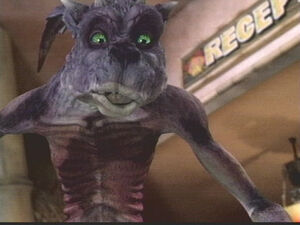 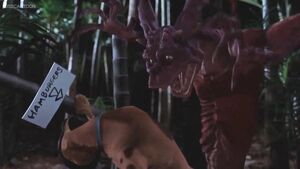 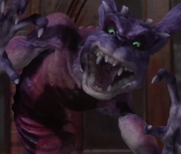 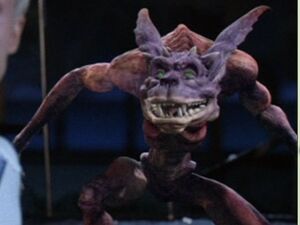 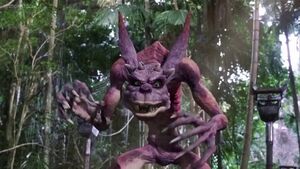 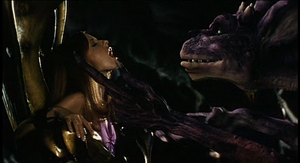 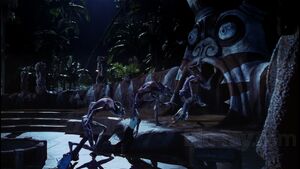