Johnathon Ohnn was a scientist working for the Kingpin who created a black hole-like portal, which he was sucked into. When he emerged from the strange, black and white dimension, he had transformed into a supervillain capable of using the portal spots on his body to teleport himself or other objects. He used this power for criminal activities, and battled Spider-Man. He joined the short-lived team of second-rate supervillains called the Spider-Man Revenge Squad, which Spidey more aptly dubbed The Legion of Losers, until it was disbanded by Spider-Man.

Spot was "killed" several times, once by Tombstone in gratitude for helping him bust out of prison, again by the ninja anti-hero Elektra (from which he was shown to be resurrected from), and lastly by Wolverine. He has, however somehow survived even the last one, and continues in his criminal ways.

Despite previously being a villain that was often mocked, in a recent appearance a mob boss puts Johnathon's son in hospital and leaves his ex wife distraught. Blinded with fury, Spot hunted the man down and brutally kills him and his crew, proving that if he had to be he had a deadly potential to be a very serious threat. 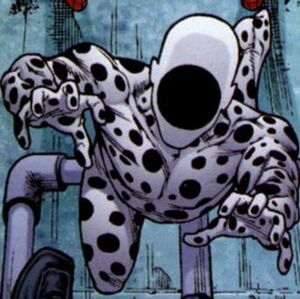 Spot goes on a rampage. 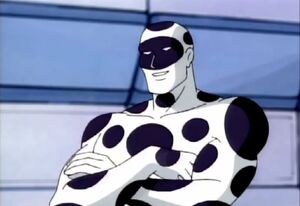 The Spot in Spider-Man: The Animated Series. 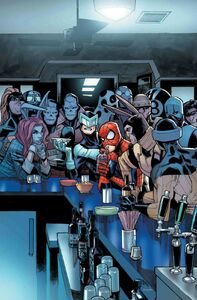 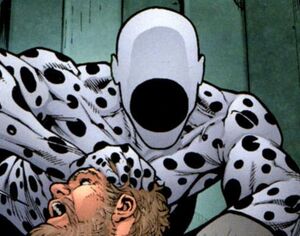 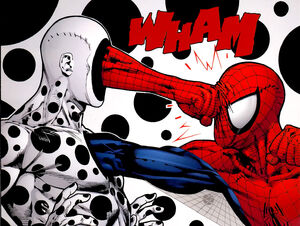 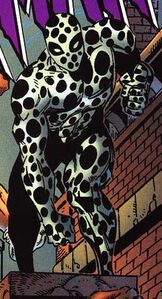 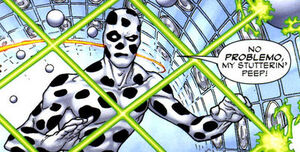 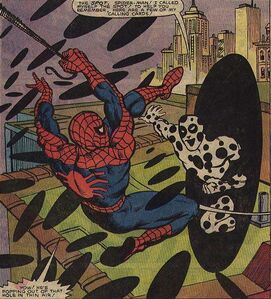 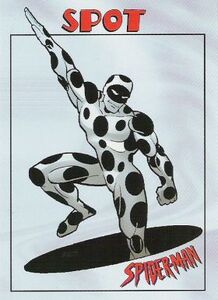 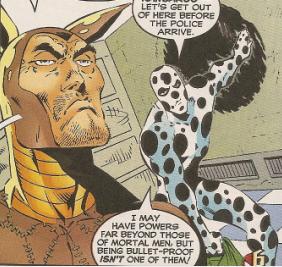 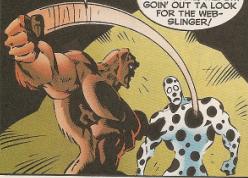 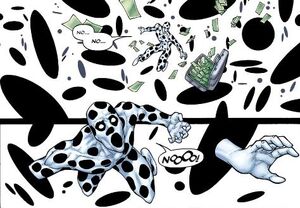 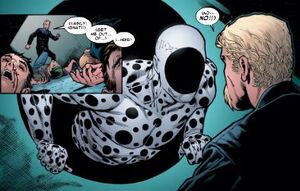 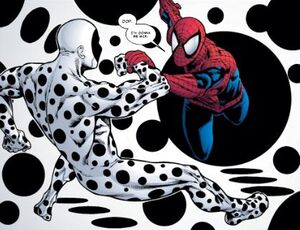 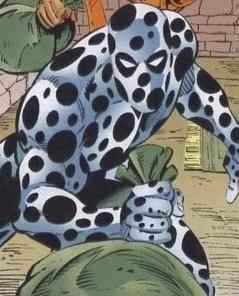 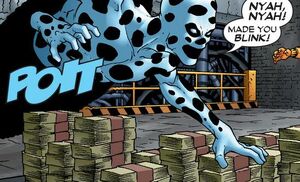 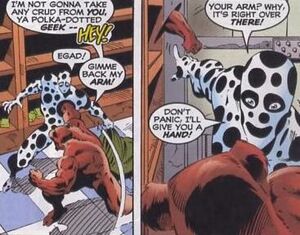 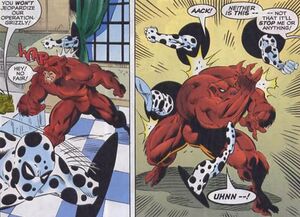 Retrieved from "https://villains.fandom.com/wiki/Spot_(Marvel)?oldid=3474012"
Community content is available under CC-BY-SA unless otherwise noted.