Turn all red balls into squares.

Squares are the main villains of the videogame Red Ball 4. The squares look very simple, they are a square, with a gray color, while they have orange-black eyes and white teeth.

The red ball then goes on its adventure to save the world of the squares. Once the red ball destroyed the squares factory, the squares escape by going to the moon, starting to create the moon into a square. The red-ball goes on to stop them.

Eventually, the squares get defeated and the red balls find out that the leader of all squares captured a red-ball girl in a cave. Which made the red ball to go and fight for her, and release her from the cave. 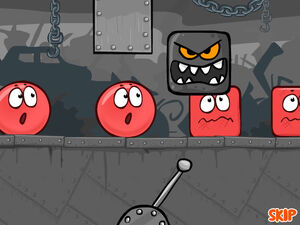 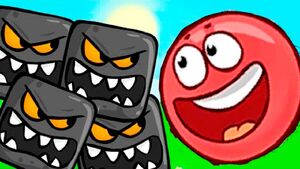 Retrieved from "https://villains.fandom.com/wiki/Squares?oldid=3389650"
Community content is available under CC-BY-SA unless otherwise noted.