Insulting the Crystal Gems (usually by calling them pebbles).

Assist Hessonite in her plans (failed).

Peridot, nicknamed Squaridot by Steven, is a supporting antagonist in Steven Universe: Save the Light. She is an Era 2 Peridot, a Homeworld Gem and a minion of Hessonite and Yellow Diamond, who seeks to destroy the Crystal Gems.

Like Peridot 5XG, she is voiced by Shelby Rabara.

When the Crystal Gems arrive in Summit Lake in The Great North, they spot a Gem creating a log date. Steven believes this Gem to be Peridot, however, he soon realizes that the Gem is really just another Peridot Gem, who he then nicknames "Squaridot", due to her square hair. Pearl realizes that Squaridot must be working with Hessonite, and, in return Squaridot boards a "Levi-Sphere" and prepares to fight.

Upon being defeated, Squaridot's ship explodes, falls into the lake and Squaridot is blown into the snow. Squaridot states that one defeat means nothing to Homeworld, who will destroy them. Steven remarks on how similar Squaridot is to Earth's Peridot, and believes there may be a chance to make friends with her too, although the other Gems openly disagree with the idea of having another Peridot. Squaridot then refuses to give up any information regarding Hessonite or her plans, resulting in Steven and the rest of the group deciding to get Peridot to rebuild Squaridot's ship so they can track Hessonite.

At the barn, Peridot meets Squaridot, who openly mocks her Earth-counterpart for shedding her limb enhancers. Peridot attempts to convince Squaridot that not obeying Homeworld's commands and thinking for herself isn't bad, however, she refuses this, resulting in the two Peridots insulting each other. Steven attempts to break up the fight, and in the following conversation, Squaridot accidentally reveals that Hessonite is in a battlefield, which Connie deduces as the Strawberry Battlefield. Enraged at her mistake, Squaridot attempts to shoot Connie and Steven with her Limb-Enhancers, only to be stopped, poofed and bubbled back to the temple by either Pearl, Garnet or Amethyst.

Squaridot is extremely arrogant, conceited and egotistical; in many ways, she is almost exactly like Peridot before her reformation. She is prone to always believe that she has the upper hand, whether it be in intelligence or in combat, and never considers otherwise. When she slips up, she lashes out at others and does not take her own mistakes into account. Like many other Gems, she aspires to be viewed as being capable and useful in the eyes of her superiors, specifically Yellow Diamond, and will take whatever means necessary to achieve so. Similarly to other Homeworld Gems, like Jasper or Aquamarine, she has a complete distaste for the Crystal Gems and everything they stand for, indiscriminately viewing them as inferior. Despite all this, she isn't completely evil as she genuinely thinks that she is another one of the Diamonds' blessings: a holy creation the Diamonds created for themselves to destroy the Crystal Gems and presumably takes in extremist paths to "save" her kind when she thinks the Crystal Gems are the villains of the piece. 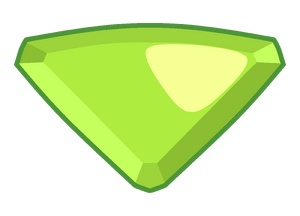 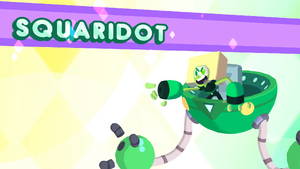 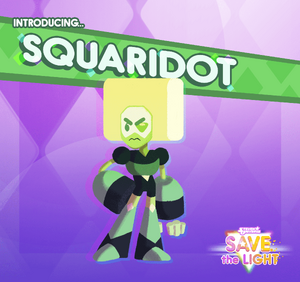