Kill all of the Schlorps

The Squirrel Wizard is the secondary antagonist in the Robot Chicken special episode the "Bitch Pudding Special".

He is voiced by Rob Corddry, who has also portrayed Ron Fox in Harold & Kumar Escape from Guantanamo Bay and Mr. Walt House in Rapture-Palooza.

After Bitch Puddin' is nearly murdered by her own people when they attempt to drop her inside of a volcano by the mail bird, Bitch Pudding finds herself in the village of The Schlorps who tell her that the evil Squirrel Wizard has stolen all of their "Schlorp nuts" and they face starvation unless he can be stopped and offer Bitch Pudding to get her home if she deals with their oppressor, to which she begrudgingly agrees. 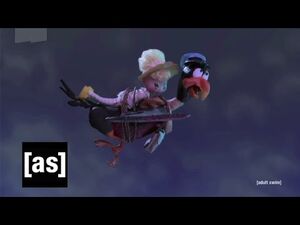 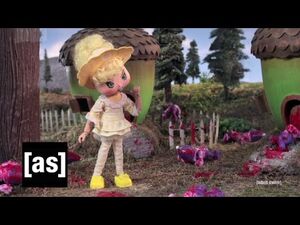